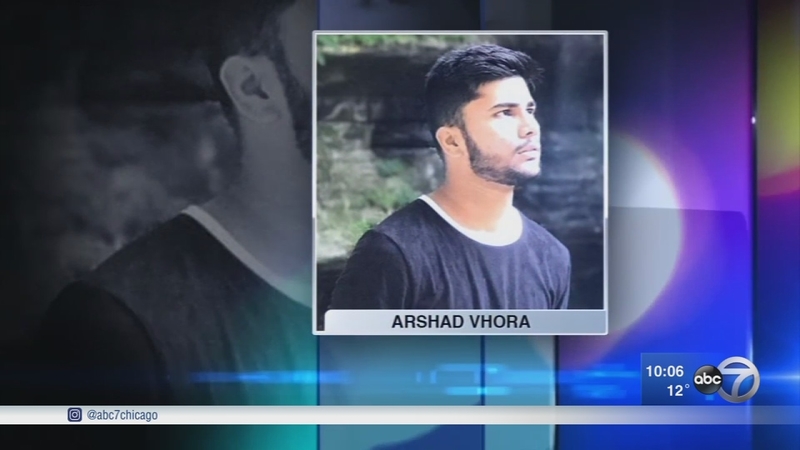 The attempted armed robbery happened in the 730-block of East 142nd Street at around 11 a.m. Police said they received a 911 call from the Clark gas station with a man on the line who was unable to speak. When officers arrived they found two people unresponsive inside.

Police said one man was dead, and the other was taken to Christ Hospital in critical condition. Relatives identified the deceased man as 19-year-old Arshad Vhora and the other victim as 55-year-old Bakar Saieed.

Saieed was still in surgery as of 4:30 p.m. Thursday. Relatives said he is in serious condition.

Relatives said Vhora, a college student, was working for his father Thursday.

"This is another act of senseless killing. As we know, it happens too often," said Abdul Vhora, victim's first cousin. "He was the oldest of the family, a very intelligent kid. He was filling in for his father while his father was out of the country. His father is on his way back."

Family said Vhora, who was pronounced dead at the scene, was a sophomore business major at South Suburban College. His father was in India for a wedding.

Police said the gas station is a family-owned business and the victims are related, but their specific familial relationship has not been released.

Police are reviewing surveillance video from the gas station, and are investigating the incident as an armed robbery homicide. They believe the suspects came and left on foot. Though they are investigating the shooting as an armed robbery, police said the cash register appears to be untouched and they have not had problems with the gas station in the past.

"Investigators are still combing through video and canvassing the area and seeking out potential witnesses, so right now we do not have any potential suspect information," said Dolton Police Chief Robert Collins, Jr. "Right now we're looking at one suspect, that doesn't rule out the possibility that there may be more suspects involved."

Officers are canvassing the area in search of information, and have sent more police officers to the neighborhood around the gas station, but believe it was an isolated shooting.

A $12,000 reward is being offered by the victims' family, community activist Andrew Holmes, and Dolton Mayor Riley Rogers.

"To the perpetrators, we're not going to stop. We're just going to work with all the law enforcement agencies until someone is brought to justice," Holmes said.