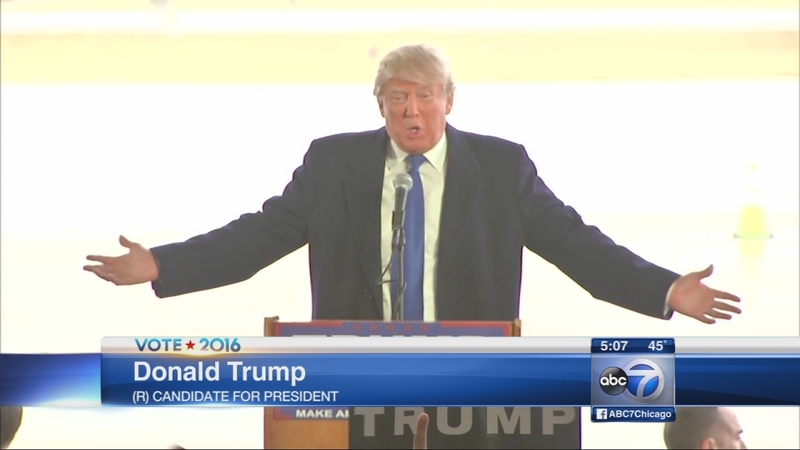 Large crowds attended the event, which began at 10 a.m. Security was very tight amid recent protests this week that prompted Trump to cancel a rally scheduled for on the University of Illinois at Chicago campus.

The controversial candidate has been met with other confrontations on the campaign trail this weekend. A man was arrested in Ohio Saturday for allegedly trying to rush Trump on the stage. Secret Service quickly responded, although Trump was visibly startled.

Protesters also repeatedly disrupted his speech in Kansas City, Mo. Saturday night to the point where he said he would press charges against them.

"They're disrupters, they're disrupters. And let me tell you, the reason they're doing it is because there's never been anything like this that's happened before. Because you know what, folks, we're going to take our country back from these people," Trump said during the event.