Six people remained in critical condition Sunday due to their injuries.

Darius Sconiers, a 35-year-old private chef who just moved to the Bronzeville neighborhood, was killed in the crash. He was taken to Stroger Hospital where he was pronounced dead shortly before 5 p.m.

The incident occurred at about 4:30 p.m. Saturday in the eastbound lanes of Congress Parkway near Wells Street.

The 56-year-old male driver of a white 2017 Mercedes sedan had a medical emergency while driving on Interstate 290 eastbound at Wells Street, according to preliminary police findings.

The Mercedes struck the back of the gray 2013 Cadillac truck stopped in traffic at a very high rate of speed. The Mercedes continued striking several other stopped vehicles as the driver could not regain control of his vehicle. The Mercedes caused an extensive chain reaction crash due to how fast his vehicle was traveling while striking other vehicles in traffic, police said.

Drugs or alcohol are not believed to be a contributing factor in the accident, police said.

East and westbound Congress Parkway were shut down until 11:02 p.m. due to investigation.

The driver of the Mercedes sustained non-life-threatening injuries and was being treated at Stroger Hospital. The driver's wife, a passenger in the car, was hospitalized as well on Sunday.

Darius Sconiers, 35, who worked as a private chef for local celebrities, was killed Saturday in a 9-vehicle crash in Chicago's South Loop.

On Sunday, Sconier's family remembered him as a funny, talented and spiritual man.

"As a human being, you wonder why," said his uncle, Kevin McGee. "Why did it have to be this way? Why now when it feels like everything was going great for him?"

Previously, Sconier was an executive chef for McCormick & Schmick's Seafood & Steaks and Smith & Wollensky, among other restaurants. He attended both Triton College and DeVry University.

Sconier had just moved to Chicago after living with his grandparents in west suburban Bellwood.

Family believes Sconier was on his way to one of his celebrity client's homes when the crash happened.

"Everything that he had planned it was coming into fruition," McGee said.

Family said they hold no resentment toward the driver who had the medical emergency. They are grateful no one else was killed. 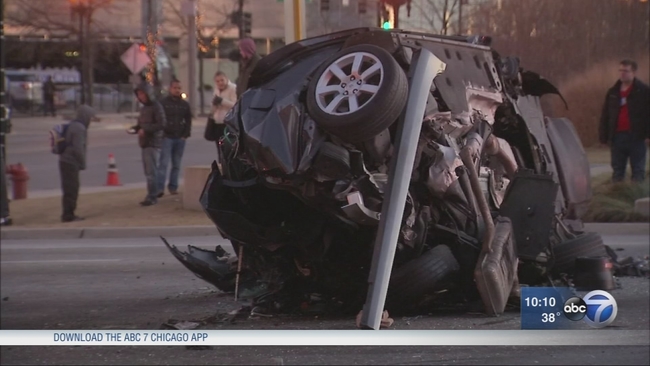