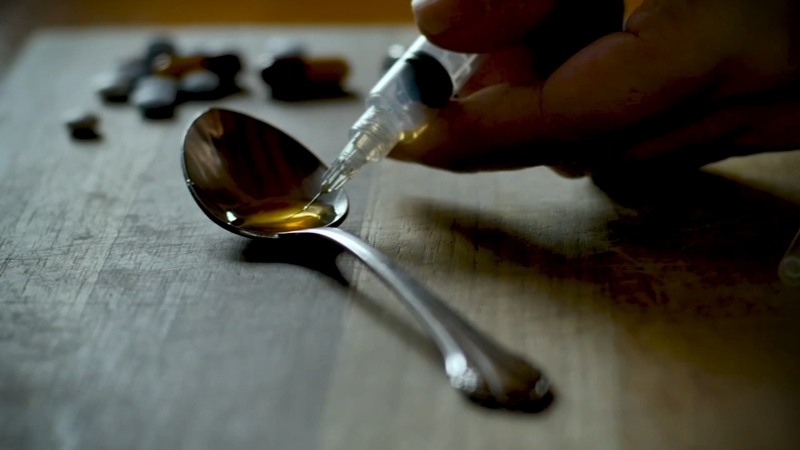 Unused prescription drugs pose a hazard for accidental poisoning, theft, abuse, fatal overdose and can contaminate public waterways if not disposed of properly. This event is part of the National Drug Take Back initiative that offers free and anonymous disposal of unused prescription and nonprescription medications.

Drug take-back days are effective nationwide, disposing of 420 tons of drugs across the U.S. in 2020. Advocates said the awareness these events bring are a key reason why opioid deaths have dropped by 18 percent across Cook County so far in 2021.

The numbers are still high for opioid deaths and some saw the worst of it during the pandemic. The U.S. hit a grim milestone in 2020, losing more than 93,000 people to drug overdoses.

Saturday's event, part of October's "National Substance Abuse Prevention Month," will give people a chance to get rid of any unusual prescribed or non-prescribed drugs. There will be many of these events across Chicago and its suburbs Saturday to raise awareness. It's another reminder for people to seek the help they need.

Michelle Kavoras has been in recovery for five years and four months.

"I think when I found drugs it became a way to ease my pain," Kavoras said. "The drugs were just so powerful and kept me out there for 10 years."

Kavoras said she turned to cocaine, crack and heroin to cope with family issues and ease the pain of having to give one of her sons up for adoption as a teen mother.

After years of drug use, Kavoras now serves as an advocate for those who want help.

"There's so many times that people will try to take those steps but then hit a barrier," Kavoras said. "Especially people who are minorities or don't look like me."

Partnership to End Addiction provides prevention and intervention services to those looking to start the road to recovery.

"Addiction is an isolating disease, and too often people don't reach out for help," said Partnership to End Addiction's Marcia Lee Taylor. "Nearly every person in this country has someone that they know, someone that they care about, who's struggling."

And experts say the treatment system in the U.S. is difficult to navigate.

"It's not like any other illness where you can go to your PCP and get a referral and get the number for someone who's office is down the hall," Taylor said. "It's trickier than that."

The Partnership to End Addiction offers guidance on how to get treatment and how to pay for it. It also arms loved ones with tools to support those in recovery.

"Educating people on what it is we're really dealing with, which is a mental health crisis than anything," Kavoras said.

"It's an honor for the DEA to have several of Chicago's landmark buildings show their support for Red Ribbon Week," said Robert J. Bell, Special Agent in Charge of the DEA Chicago Division. "Red Ribbon Week gives us the opportunity to be vocal and visible in our efforts to achieve a drug-free community."

Celebrated annually from Oct. 23-31, DEA's Red Ribbon Week is the oldest and largest drug abuse prevention awareness program in the nation. It started after the death of DEA Special Agent Enrique "Kiki" Camarena, who was murdered by drug traffickers in Mexico in 1985. After his death, thousands wore red ribbons to honor his sacrifice.