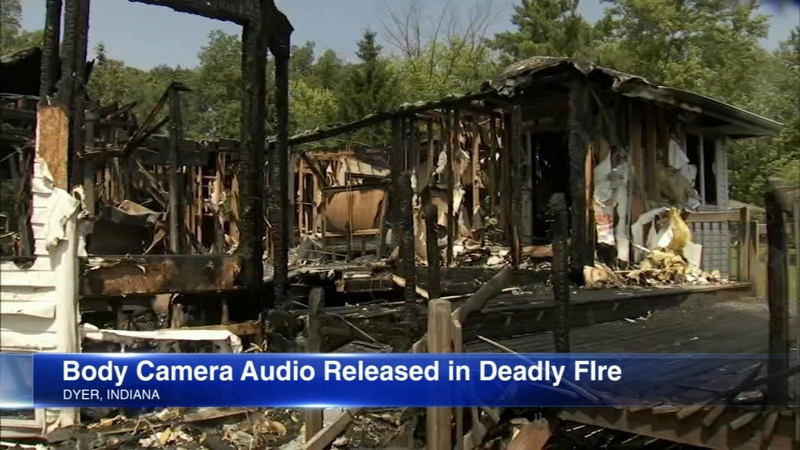 DYER, Ind. (WLS) -- Authorities have released audio from the body cameras of police officers responding to the deadly house fire that killed two girls in unincorporated Dyer Indiana on Sunday.

The St. John Fire Department responded to calls about a house fire on State Line Road sometime after 6:30 a.m., Crown Point Fire Department Chief Dave Crane said. Officials said a couple and their two teenage granddaughters were inside of the home during the time of the fire.

Firefighters believed the teens were trapped inside one bedroom. The audio sheds light on their struggle to get to the children, and get them out.

"Sam? Don't go too far in there," responds Corporal J.D. Sickles. "I don't want you getting stuck in there."

LeAira Rodgers, 12, was found in a hallway and pronounced dead at the scene. Firefighters believe she was attempting to escape at the time.

The grandmother and other granddaughter were transported to the hospital in critical condition. According to the Cook County Medical Examiner's Office, the granddaughter, 14-year-old Jasmine Levi, died at the hospital Sunday night.