Fire crews in Oakland worked for over 13 hours to free a man trapped in a trench that collapsed on him while he was working on a sewer service line.

OAKLAND, Calif. -- A man trapped in a sewer is finally free after he was stuck in the 2x3-foot space for more than 13 hours.

This happened in East Oakland on East 23rd Street at 12:30 Tuesday afternoon as he was working on a sewer line.

The independent contractor was trying to replace and attach the sewer service line from a home to a main sewage pipe under the street when the trench collapsed on him.

According to a fire official, there was not sufficient cribbing -- plywood around the hole -- so dirt started caving in, burying him up to his chest. After hours of the rescue underway, the level of dirt trapping the man was down to his knees.

He's now at Highland Hospital after being pulled to safety at 2:07 a.m. and is OK.

The tricky part of the rescue operation was the soil. It had the consistency of sand, so it was tough to hold back.

His foot was stuck in a squishy clay, creating a suction force they had to fight against.

Medical crews kept an eye on his vital signs during the long ordeal.

The foreman on the job said Wednesday morning that he is so grateful that crews got him out safely.

He's now being checked out at the hospital.

Stay with abc7news.com for updates on this developing story and tune into ABC7 Morning News between 4:30 a.m. - 7 a.m. for live updates. 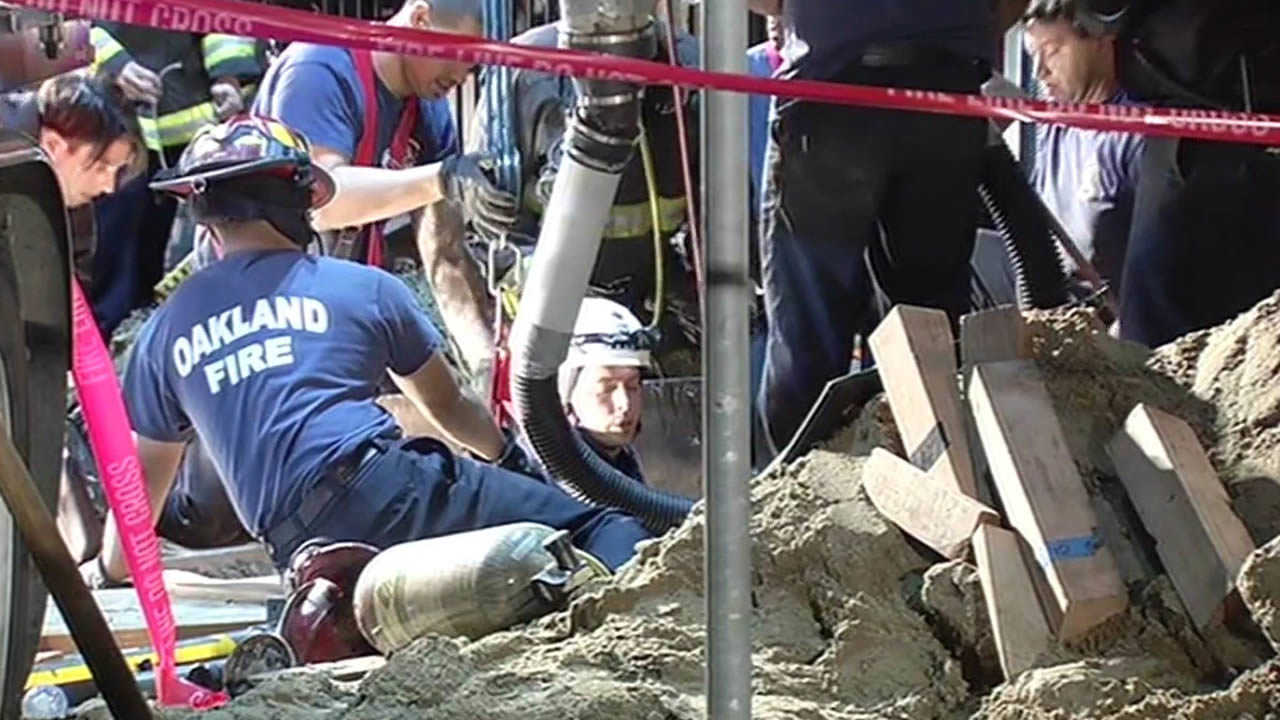