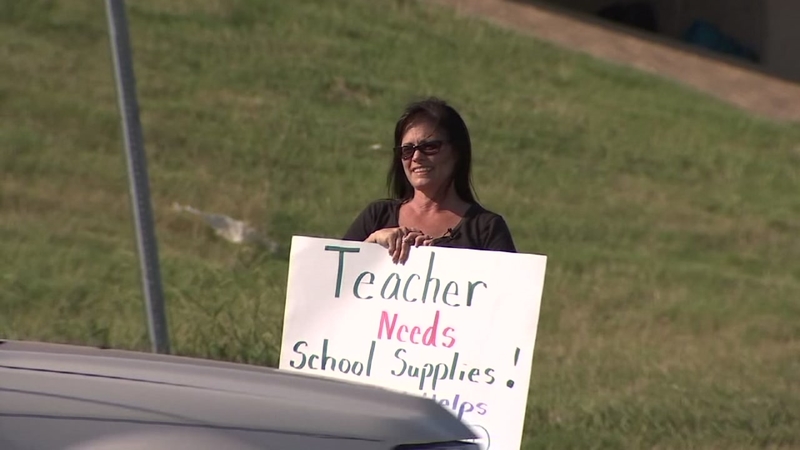 TULSA, Oklahoma -- An elementary school teacher in Oklahoma said in spite of earning a master's degree and teaching since 1996, she just can't afford the supplies she needs for her classroom.

Armed with a sign and a hope, Teresa Danks is now begging for change on the side of the road.

"Thank you so much sir," she said to one generous driver.

But lately, "it's just getting harder and harder," she said.

"And I'm not alone. I mean, we are all doing it. I am just one voice of many," Danks said.

Just one voice, but it's a loud one. Danks said she's received lots of encouragement and some money during her unorthodox fundraiser.

"I was getting emotional. People were like, 'Teachers like you - that's the reason I am alive today,'" Danks said.

The teacher said she made $35 in about six or seven minutes. That's double what she makes for an hour in the classroom.