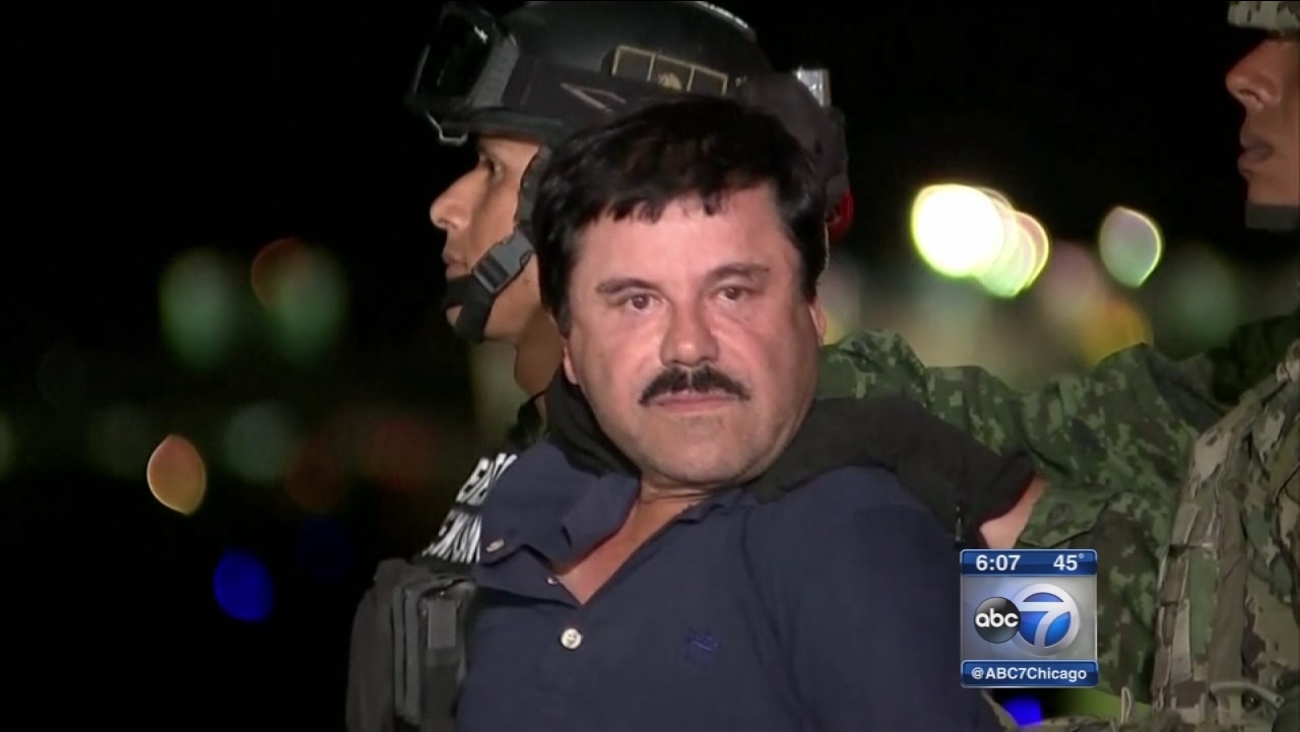 Nearly four months after the elusive drug lord Joaquin "El Chapo" Guzman was recaptured, prosecutors in Chicago and in Mexico City are squeezing his Sinaloa cartel and operatives. (WLS)

The Sinaloa cartel boss was moved from the maximum-security Altiplano lockup near Mexico City to a prison in Ciudad Juarez, across the border from El Paso, a security official told The Associated Press, without giving a reason for the transfer. The official was not authorized to discuss the matter publicly and spoke on condition of anonymity.

Jose Refugio Rodriguez, an attorney for Guzman, confirmed that he was sent to the Cefereso No. 9 prison. He said Guzman's defense team was not notified beforehand, and one of his lawyers was traveling to Juarez to try to meet with their client.

"I don't know what the strategy is," Refugio told The Associated Press. "I can't say what the government is thinking."

Guzman's lawyers are appealing a bid to have him extradited to the United States, where he faces charges in multiple jurisdictions.

"El Chapo" first broke out of a Mexican prison in 2001. He was recaptured in 2014, only to escape the Altiplano lockup the following year through a mile-long tunnel dug to the floor of the shower stall in his cell.

Mexican marines re-arrested him in the western state of Sinaloa in January, after he fled a safe house through a storm drain.

He was returned to Altiplano, where officials beefed up his security regimen. Guzman was placed under constant observation from a ceiling camera with no blind spots, and the floors of top-security cells were reinforced with metal bars and a 16-inch layer of concrete.