CHICAGO (WLS) -- A person of interest was in custody Saturday night in a violent attack on a 94-year-old World War II veteran, Chicago police said.

The individual was caught on surveillance not long after police said he attacked Josephine Regnier outside her home in the city's Garfield Ridge neighborhood on Wednesday. No charges had been filed Saturday night.

The victim's daughter, Judy Dusk, said her mother is a World War II Navy veteran. Dusk said she was waiting for one of her daughters outside her building in the 5100-block of South Long Avenue to pick her up to go to the dentist when she was attacked around 11:50 a.m. Wednesday. Police said a man pushed Regnier into the hallway of her building.

He reportedly hit her from behind, grabbed her purse and took off.

Regnier was released from the hospital Saturday afternoon and suffered broken ribs and a concussion.

Surveillance video from the restaurant shows the suspect ditched the black SUV after hitting a dumpster. He appeared to be holding the woman's purse as he ran away. Police have not said who the vehicle belongs to. 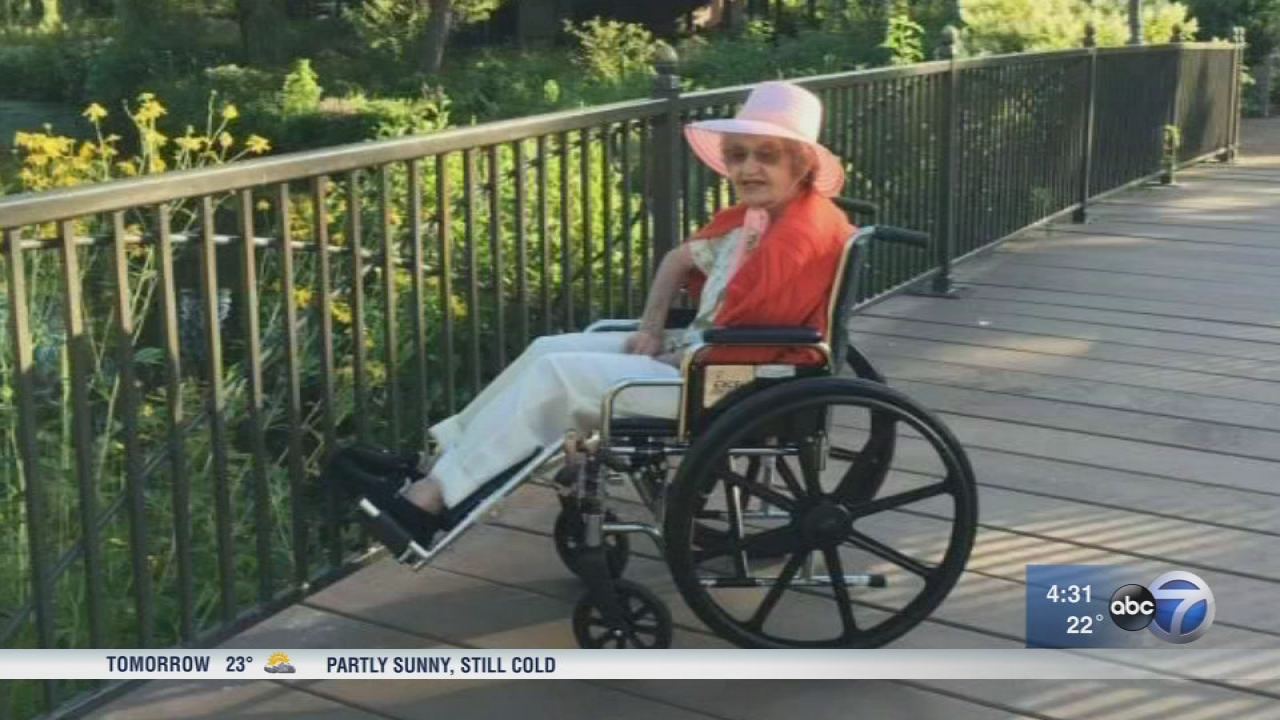