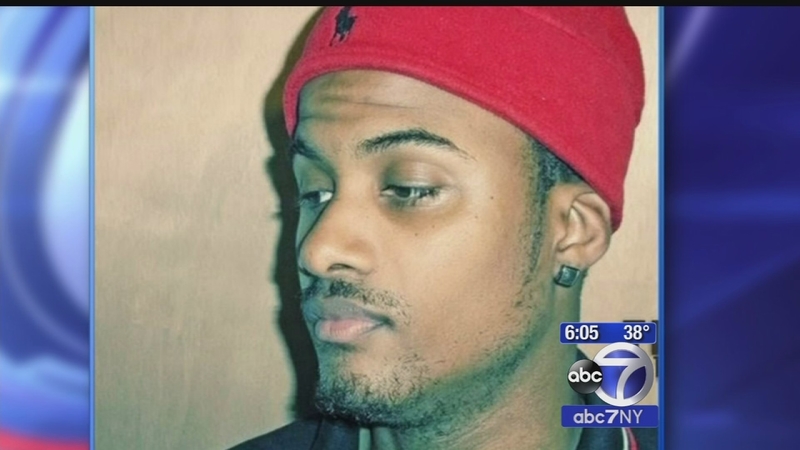 NEW YORK CITY -- A 25-year-old man was killed by a malfunctioning elevator on the Lower East Side early Friday morning.

The victim, identified as Stephen Hewett-Brown, of the Bronx was at a New Years Eve party.

Around 12:15 a.m., he got into an elevator in a building on the 100 block of Broome Street with his friends when it became stuck on the third floor in the middle of three elevators in the high-rise building.

Hewett-Brown was apparently trying to leave the elevator when it suddenly began moving, pinning him.

The victim sustained multiple traumas from the moving elevator and was pronounced dead at New York Downtown Hospital.

Detectives were interviewing the victim's friends.

The elevator in question has been shut down. And residents are trying to understand how this could have happened.

Halcomb, like other residents in the building, are left stunned that a malfunctioning elevator apparently led to the unexpected and tragic death.

"I love him. And may his soul rest in peace," said the victim's friend Ejiro Omenih.

Stephen was able to push Erudis Sanchez and a child away from the elevator, saving their lives before he became trapped.

Omenih says that he too was now learning of his friend's heroic actions.

"I feel that that alone shows his character, who he is. And I wish his family all the best," he said.

Eyewitness News is learning from city records that there are three active Buildings Department violations on the elevators.

"It jumps. It jumps a couple of floors. It goes down and then it goes up," said former Tenants Association President Dashia Imperiale.

Imperiale was stuck in the same elevator not long ago. She and the current Tennant Association President Daisy Paez say numerous complaints have been made to the management company.

"The elevators were a problem and needed to be fixed," said Imperiale.

But others have not had problems with the elevators.

"The building is well maintained. I trust the maintenance unit here," said Halcomb.