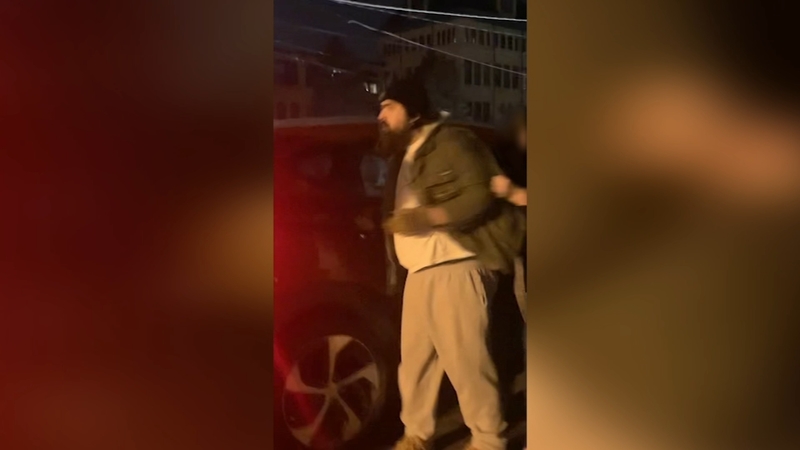 ELGIN, Ill. (WLS) -- A family is calling for hate crime charges to be filed after a bar fight in Elgin ended with a man being stabbed.

The incident was captured on cell phone video. Charges have been filed in the case, but the victim's family said they don't go far enough.

A customer captured video as the suspect yelled racial slurs at 40-year-old Anton Patterson, who is Black, outside an Elgin bar Sunday night.

After being asked to leave the bar, prosecutors said 28-year-old Jason Ostrego continued to make racist remarks and used the N-word in the parking lot.

ABC7 has blurred the face of the person seen in the video with Ostrego because they are not charged with a crime.

As Ostrego went back into a car, prosecutors said he grabbed a knife and stabbed Patterson.

Prosecutors said Ostrego stabbed Patterson in the chest, nearly killing him. Ostrego also allegedly cut another man in the face when he tried to stop the fight.

Kane County prosecutors have charged Ostrego with aggravated battery with a deadly weapon.
Patterson's family believes this should be considered a hate crime.

"It should be a hate crime because that guy was in the bar making racial remarks before my brother came," said the victim's brother, Jarvis Patterson.

When ABC7 asked the witness if he thought it was a hate crime, he said: "I do, because of the way he was talking before it."

The Kane County State's attorney said the case is still under investigation, but more charges are possible.

"It's considered for possibly a charge of hate crime. It's also at sentencing should he be found guilty," Kane County State's Attorney Jamie Mosser said.