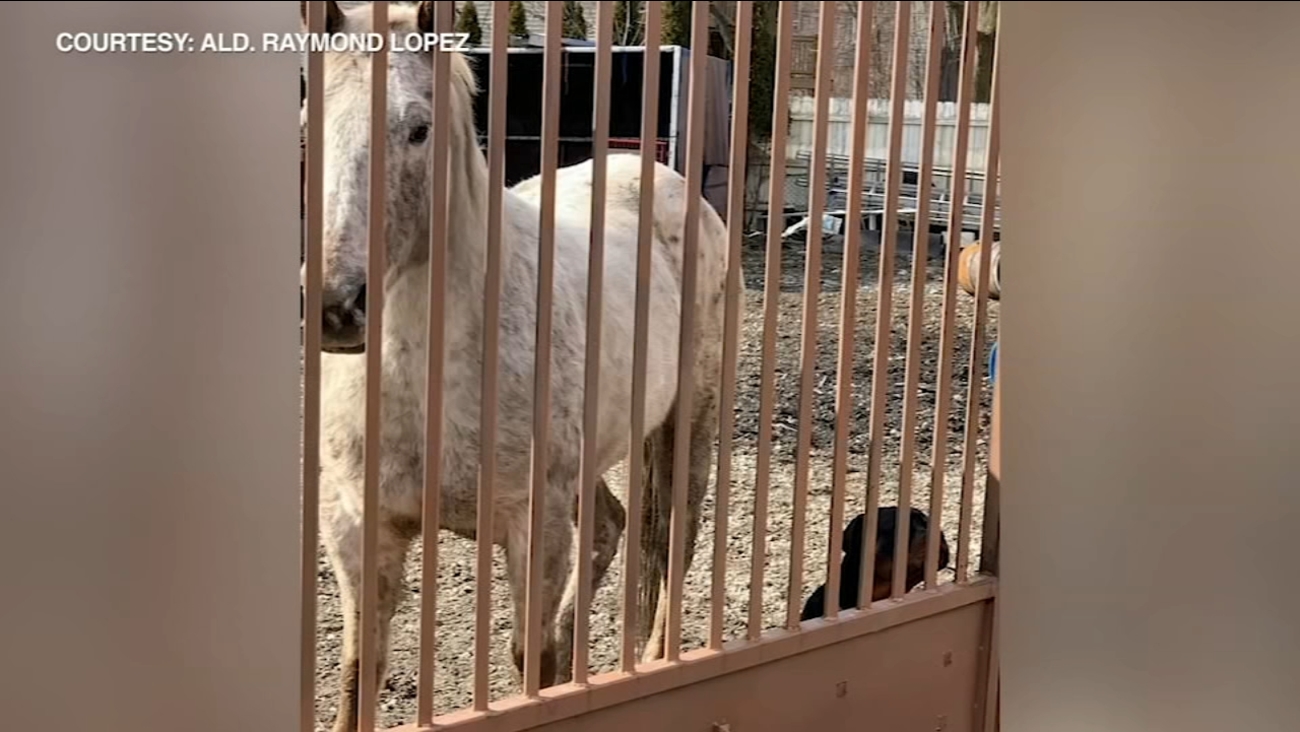 Chicago police and Animal Care and Control are investigating an Englewood home for reports of animal abuse after a horse was found dead on the property over the weekend.

CHICAGO (WLS) -- Several Chicago aldermen are raising concerns about animal abuse on the city's South Side after one horse is found dead and another hurt behind a home.

When police arrived at the Englewood home over the weekend, officers reported finding a dog eating the dead horse's remains.

Chicago police and Animal Care and Control are investigating the home on 61st Street for reports of animal abuse, while aldermen call for changes to the city's livestock regulations.

"A farm is where horses belong. A farm is where livestock belongs," said Ald. Raymond Lopez of the 15th Ward. "They don't belong in the city of Chicago, particularly if you're not trained or willing to take care of them."

Ald. Lopez said multiple complaints and claims of animal abuse have been made, dating back to July, over reports of livestock spotted in the yard.

"Every time Animal Care and Control has tried to investigate this location, the horses magically were no longer on site," Lopez said.

When investigators showed up this weekend, they found one horse injured and a Rottweiler eating the dead remains of another horse.

Lopez said the owner claimed he brought the horses from his farm in Indiana because one of them was sick.

Lopez said the bigger concern for him was the fact that families with young children live nearby.

"With this owner being absent what could been, which already is a bad situation, could have been a lot worse if any of our neighborhood children had decided to crawl into the yard to visit the horse with a malnourished dog," he said.

Now Lopez and other city leaders are trying to make changes so that this doesn't happen again.

"What Alderman Napolitano and now joined by Alderman Coleman are pushing for are stronger regulations for farm animals within the city of Chicago," he said. "One, so that residents are aware if you're having animals that you know what you're doing with them but two, more importantly, that they are treated humanely."

Ald. Lopez said he's already received reports from other city workers in the area about more livestock sightings from that same home that's under investigation.