Chicago comedians lend their voices to stop violence across city 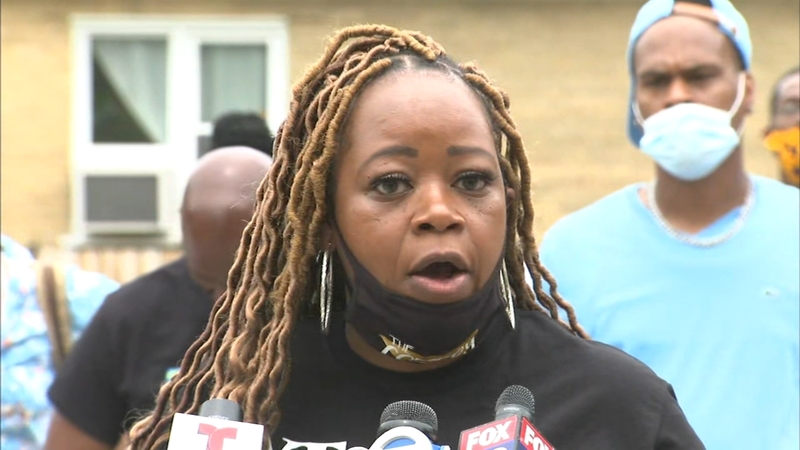 Chicago comedians gather in Englewood to speak out against city's violence

CHICAGO (WLS) -- A group of Chicago comedians is telling anyone who will listen that the city's violence is no laughing matter.

Several comedians gathered in Englewood Wednesday to deliver a message in the neighborhood plagued by gun violence. They say that if Black lives matter, then stop the Black on Black crime.

"When you start killing kids, you are actually killing our future," said Chicago comedian Big Keef.

Comedian Correy Bell said, "You can't hold anybody else accountable until you hold yourself accountable, because if you know something and you don't say something, you are just as guilty."

Bell, who's a mother and grandmother, was born and raised on the city's South Side, just like comedian Baldhead Phillips.

"I got show five times, right up there on Lowe years ago," Phillips said. "I come from a block over. I know it from the inside out."

The illustrious group of over two dozen entertainers was brought together by Early Walker, a local business owner and the founder of I'm Telling, Don't Shoot.

The collective of funny men and women hope to help get much needed resources and jobs to hard-hit neighborhoods in support of enrichment programs like the one Pastor Leslie Sanders has for kids this summer.

"One of the things this virus has taught us is that the church really has to be outside of the building," Sanders said.

Organizers say they know it will take more than just one gathering to make a difference.

They're planning on mentorship programs and also youth job programs in the community, all in an effort to stop the violence.