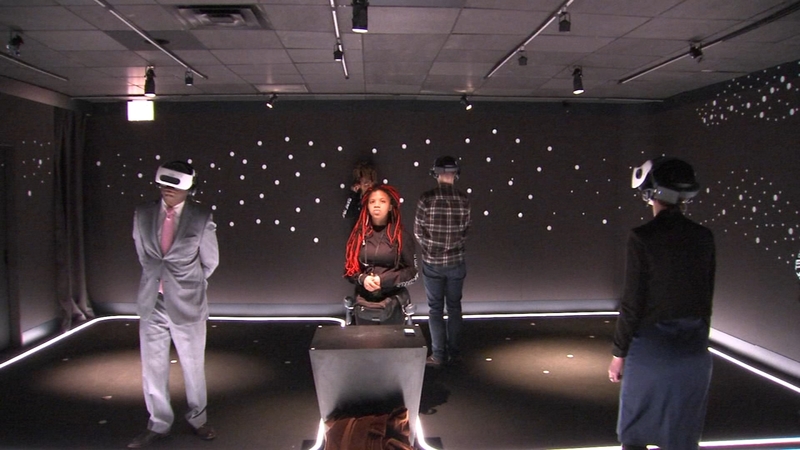 'I Have a Dream' virtual reality exhibit debuts at DuSable Museum

CHICAGO (WLS) -- Martin Luther King Jr.'s 1963 "I Have a Dream" speech, delivered at the March on Washington, has been created in virtual reality. It launched at the DuSable Museum of African American History Wednesday, and executive producer Viola Davis was there.

Chances are you've never heard the full 17 minute speech, but now you can with the launch of "The March": an experiential exhibit at the DuSable Museum. The preview party Wednesday night brought together Chicago famous faces, including Davis and her husband Julius Tennon, who are executive producers of the Time Studio's genre-pushing experience.

The technology is state of the art. Visitors are made to feel as if they are participating firsthand in the 1963 March on Washington. Actress Cynthia Nixon was also part of the creative team; her father was a radio reporter during the march and his tapes were incorporated into the exhibit.

King's children, Martin Luther King, III and Bernice King, were on hand to preview the exhibit.