Lin-Manuel Miranda's 'In the Heights' movie released after year delay 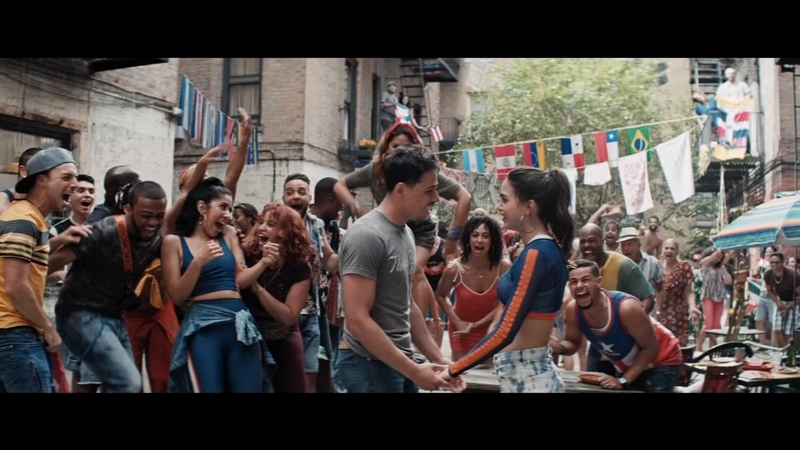 CHICAGO (WLS) -- After a year delay due to the COVID pandemic, Lin-Manuel Miranda's Tony-winning Broadway hit "In The Heights" is finally coming to big screens.

The movie is an apt release for this moment, all about joy and the future.

"It's also a reminder of how we lived before," Miranda said. "It's poignant on a whole other level, watching these people singing and dancing and hugging and kissing in the streets."

Miranda originated the lead role on Broadway, and wrote and directed the production, but he's handed over the lead actor and director roles to others this time around.

"First of all, Anthony Ramos is such a movie start," he said. "It was very easy for me to hand over the reins because I knew that John Chu was dreaming bigger than I ever could, in terms of the spectacle and the size of these character's reams, and I knew from the movies he's made that he could pull it off."

Miranda still lives in the area where the story takes place.

"There's something that happens when you stay in your hometown," said Miranda. "I married a woman who grew up 20 blocks from me, we live in the same neighborhood, and there's something about having so many layers of your life happen in the same place, that I can walk where I live with my two children up to the park where I used to sit and write bad teenage poetry. And then I can go and walk to the mansion where Aaron Burr lived and relive my 'Hamilton' rewriting times."

Miranda is also very fond of Chicago, and the Humboldt Park neighborhood in particular, and would love to return soon.

"I would love to. I would love to go see this movie in Humboldt Park," he said. "Chicago became like my second home when 'Hamilton' opened, and had such an incredible time there. Yeah, the Latino community in Chicago is unbelievable and incredibly vibrant, so I really hope the movie makes you proud because I think those themes will resonate."