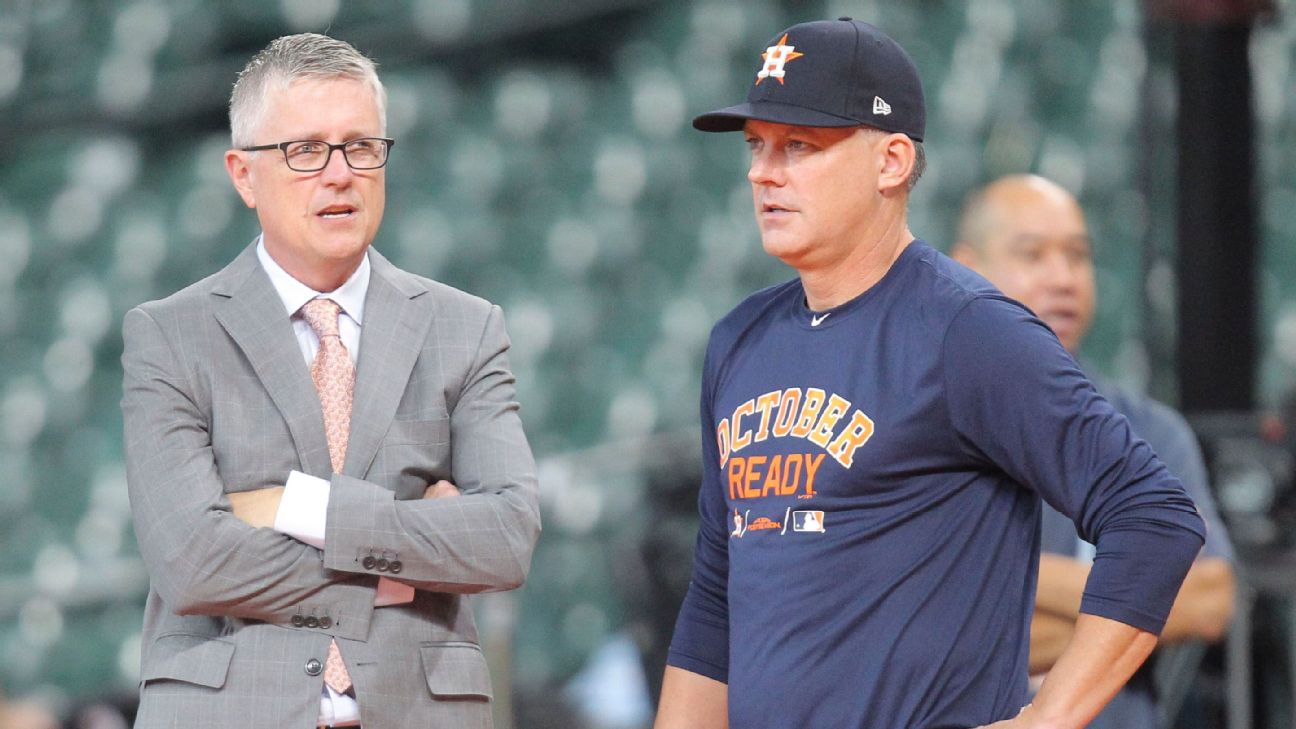 HOUSTON -- Astros GM Jeff Luhnow and manager AJ Hinch have been fired after an MLB investigation found the team used technology to cheat during its World Series-winning 2017 season.

The firings were announced during a news conference with team owner Jim Crane on Monday afternoon.

His announcement came just a short time after the MLB said the two men had been suspended for the 2020 season.

Additionally, MLB will fine the Astros $5 million and take away their first- and second-round draft picks in the 2020 and 2021 drafts.

MLB said in its statement that if Luhnow or Hinch "engage in any future material violations" of MLB rules, they will be placed on the league's permanently ineligible list.

Discipline for Red Sox manager Alex Cora is coming and is going to be harsh, sources told ESPN. Cora was the Astros' bench coach during the 2017 season.

Cora is identified throughout MLB's report as the ringleader along with Beltran. Commissioner Rob Manfred said that discipline for Cora will be announced at the completion of its investigation into the Red Sox's alleged use of the video replay room to steal signs during the 2018 season.

MLB's investigation found that Astros owner Jim Crane was unaware of the sign-stealing activities by his team.

No World Series odds changes as a result of the Astros' punishment at Caesars Sportsbook, since no players were suspended.