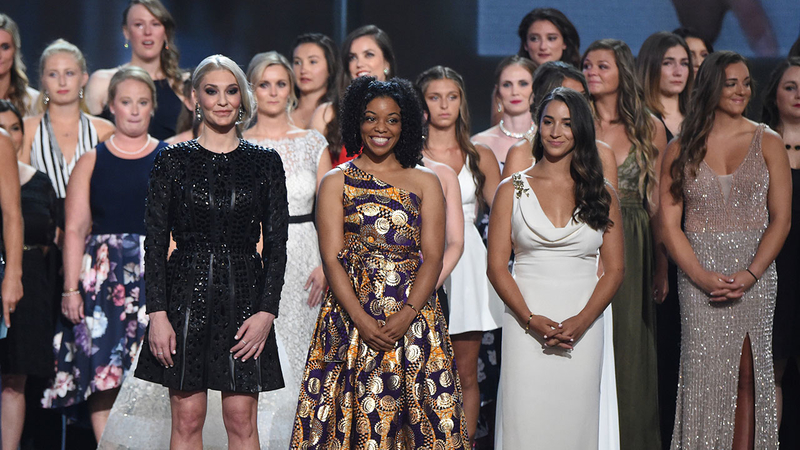 LOS ANGELES -- More than 140 survivors of sexual abuse at the hands of a former team doctor for USA Gymnastics and Michigan State University joined hands on stage to be honored with the Arthur Ashe Award for Courage at the ESPYs.

The women who spoke out against the abuse by Larry Nassar stood together Wednesday night in a powerful and solemn closing to the show that honors the past year's top athletes and moments in sports.

Nassar was sentenced earlier this year and will most likely spend the rest of his life in prison after more than 150 girls and women said he sexually abused them.

"I know for myself, when I speak I do the best that I can to speak on behalf of people who don't feel heard because I think everyone deserves to be heard," Raisman said. "It doesn't matter if you are an Olympic athlete or you're an actress in Hollywood. We are all human, we all deserve to be heard and we all deserve to be believed when you come forward."

The Best Coach Award has previously gone to coaches showing extraordinary leadership of their teams, but ESPN will commemorate the trio's heroism off the field.