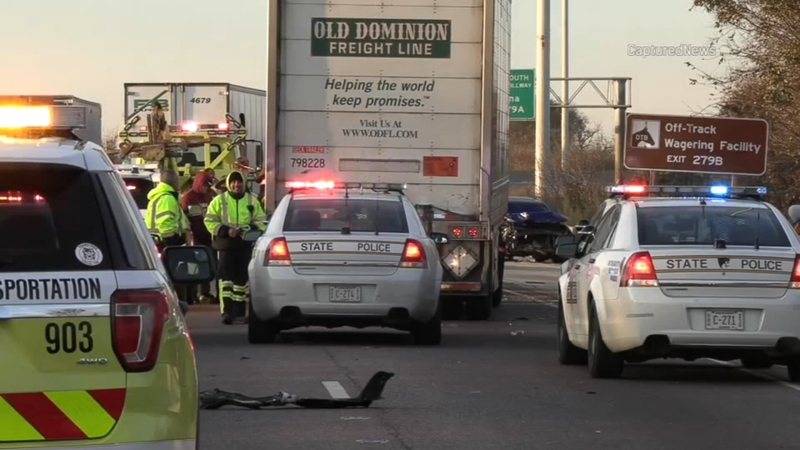 SUMMIT, Ill. (WLS) -- A 45-year-old Chicago man was killed in a crash on the Stevenson Expressway Saturday morning.

The crash occurred shortly before 6 a.m. in the outbound lanes of I-55 near the LaGrange Road exit in Summit, according to Illinois State Police.

Police said the driver of a blue Honda rear-ended a Ford truck, causing it to roll over into a ditch and catch fire.

The man, who police haven't yet identified, was pronounced dead at the scene, police said. The other driver wasn't injured.

Two outbound lanes of the Stevenson Expressway were shut down for some time after the crash.