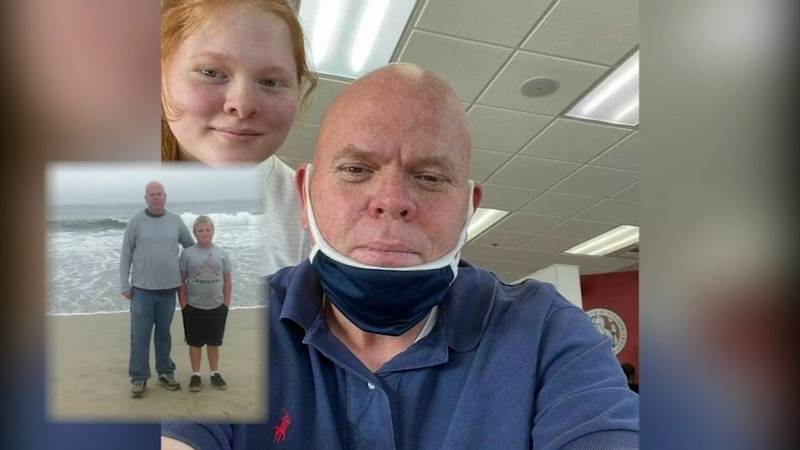 FRESNO, Calif. -- An Illinois traveling nurse has been charged in a hit-and-run that left a father dead in Fresno, California.

Kevin Polidario, 30, has been charged with hit-and-run causing death and misdemeanor vehicular manslaughter. Via Zoom from his attorney's office, Polidario pleaded not guilty.

Prosecutors said he had just finished a 13-hour shift when he hit Donald Roberts in the crosswalk in northeast Fresno.

"He left the scene, went home, texted his roommate," said prosecutor Lisa Urrizola. "He and the roommate returned back to the scene."

He came back within about 30 minutes and police said he didn't seem to be under the influence.

"The issue is whether or not he had knowledge that he hit something," said Polidario's defense attorney Dan Bacon. "But there's no reason for him to leave. He's not under the influence. He's not unlicensed. He's not uninsured. He came back to the scene."

"If we're going to argue the point of whether or not he had knowledge, he did return to the scene," said Judge Jon Kapetan. "Something was up."

Polidario drove away from his attorney's office after his court hearing Tuesday.

The death of Roberts has left a lingering pain for his wife and two teenage kids.

Shelly Roberts is angry about the February hit-and-run crash that killed her husband and about the driver not even showing up to court in person to face the charges.

"He left (Donald) to die," she said. "I mean, you're a nurse and you're supposed to be helping people."

Polidario's nursing license expires in May, but Shelly Roberts wants it suspended because of the hit & run.