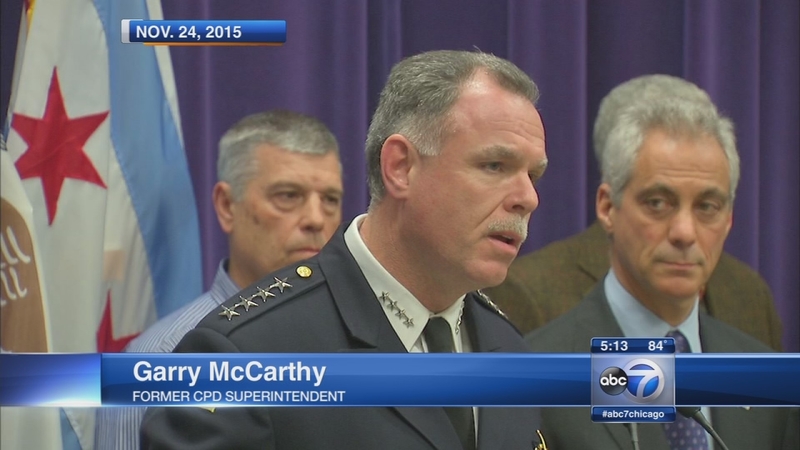 CHICAGO (WLS) -- In newly released emails from the time the Laquan McDonald video was released, then-Police Superintendent Garry McCarthy was warned by the FBI about a possible attack on officers.

The tip came from someone described as a reliable FBI informant who said gang members were talking about how "shooters may lay in wait for police officers, and then conduct an ambush."

The 14th District on the West Side and a police facility at Homan Square used by gang and drug investigators were mentioned as possible targets.

The informant said the shooters may target officers as they left work and headed for their cars, believing they "may not have their protective equipment" and therefore would be "targets of opportunity."

Another email from the police department's operations center warns about a social media post in which someone made "threats at the University of Chicago to execute 16 white males students/staff."

Sixteen is the number of times an officer shot Laquan McDonald.

The release of McCarthy's emails comes after a court challenge from the Chicago Tribune, which argued they are public records.

They also show the man who replaced McCarthy on an interim basis, John Escalante, wrote to him and quoted a World War II movie writing, "I'm going to get credit for all the things you put in place."

The document dump reveals McCarthy rarely responded to email, but he did in one case. When Rahm Emanuel's chief of staff sent McCarthy his termination letter signed by the chief of staff, he forwarded it to his wife and wrote, "The mayor didn't even have the ***** to do it himself."