Little Village paleta vendor given over $380K from GoFundMe campaign

An 89-year-old paleta vendor in Little Village who returned to work after his daughter died received more than $380,000 from a record-setting GoFundMe campaign.

CHICAGO (WLS) -- Fidencio Sanchez, 89, returned to work with his popsicle cart after his daughter died and his grandsons were left in his care. His moving story inspired the most successful GoFundMe campaign ever in Illinois, the proceeds from which were given to Sanchez Wednesday.

Thousands of strangers the world over gave Sanchez a life-changing gift Wednesday afternoon.

"So many have helped me. I feel very happy," Sanchez said.

A humble immigrant couple from Mexico, Sanchez and his wife Eladia seemed overwhelmed at times by the attention showered on them as they were presented with a check for more than $384,000. The money was raised in the span of two weeks, all stemming from a simple but powerful image of an elderly man struggling to push an ice cream cart down the street.

Joel Cervantes took that first picture, posted it to social media and set up the GoFundMe campaign.

"It gave a small glimpse as to how hundreds of thousands of people his age are still working in America, trying to make ends meet. And how hardworking the Latino community is as well," said Cervantes.

Fore over 23 years, Sanchez has been pushing his ice cream cart down the street, selling popsicles for $1.50 each. He had tried to retire, but after his only daughter died earlier this year he had to take to the streets of Little Village once again. As of Wednesday, that will no longer be necessary.

"No more work. I worked because I had to, but my body is no longer strong enough," Sanchez told the assembled crowd, in Spanish.

Sanchez said he and his wife are not sure exactly how they will spend the money. For now, they and those who helped them are content to know they no longer have to worry about making ends meet.

"I just felt like he looked really tired and needed a day off. The world came together and gave him a bunch of days off," said Joe Loera, who also set up the GoFundMe campaign.

More than 15,000 people in 60 countries donated to help Sanchez and his wife. An attorney is working pro bono for the couple and setting up a trust to protect and manage the money, but at least a little bit of what they've received is going towards buying Sanchez a hearing aid. 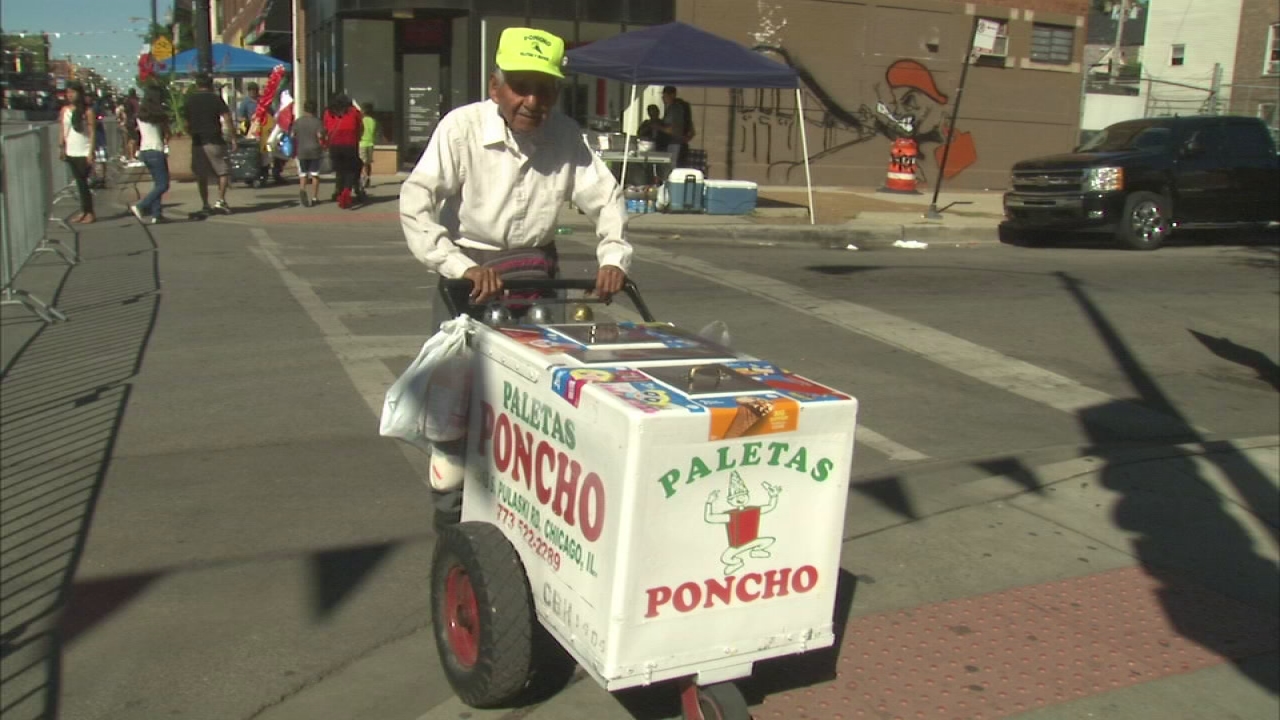