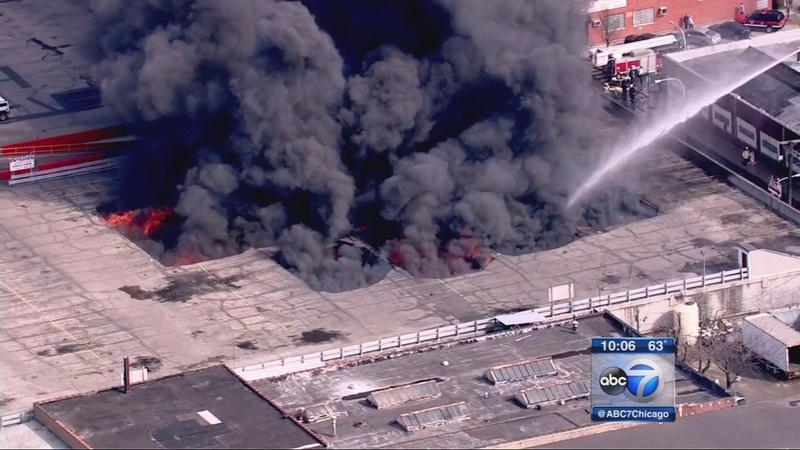 CHICAGO (WLS) -- A massive fire broke out Tuesday morning at the Buyers Flea Market, a large indoor-outdoor flea market in West Humboldt Park, creating black billowing smoke that can be seen from miles away.

One woman was rescued from inside the building after becoming trapped in the bathroom, but there are no reports of injuries, according to the Chicago Fire Department. The fire started just before 10 a.m. at the block-long flea market, located at 4545 West Division, just east of North Cicero Avenue on the city's Northwest Side.

At about 1 p.m., the fire was elevated to a 5-11 alarm, with a level 1 hazmat precaution since it's unclear what is in the 30,000-square-foot concrete building, a fire official said. About 200 firefighters were on the scene Tuesday afternoon.

The cause of the fire is still undetermined. The market is only open on the weekend, according to its website.

The fire was blazing on the building's south side when firefighters arrived, a fire official said. As of 9 p.m., weary firefighters were still at the scene putting out the last of the flames. 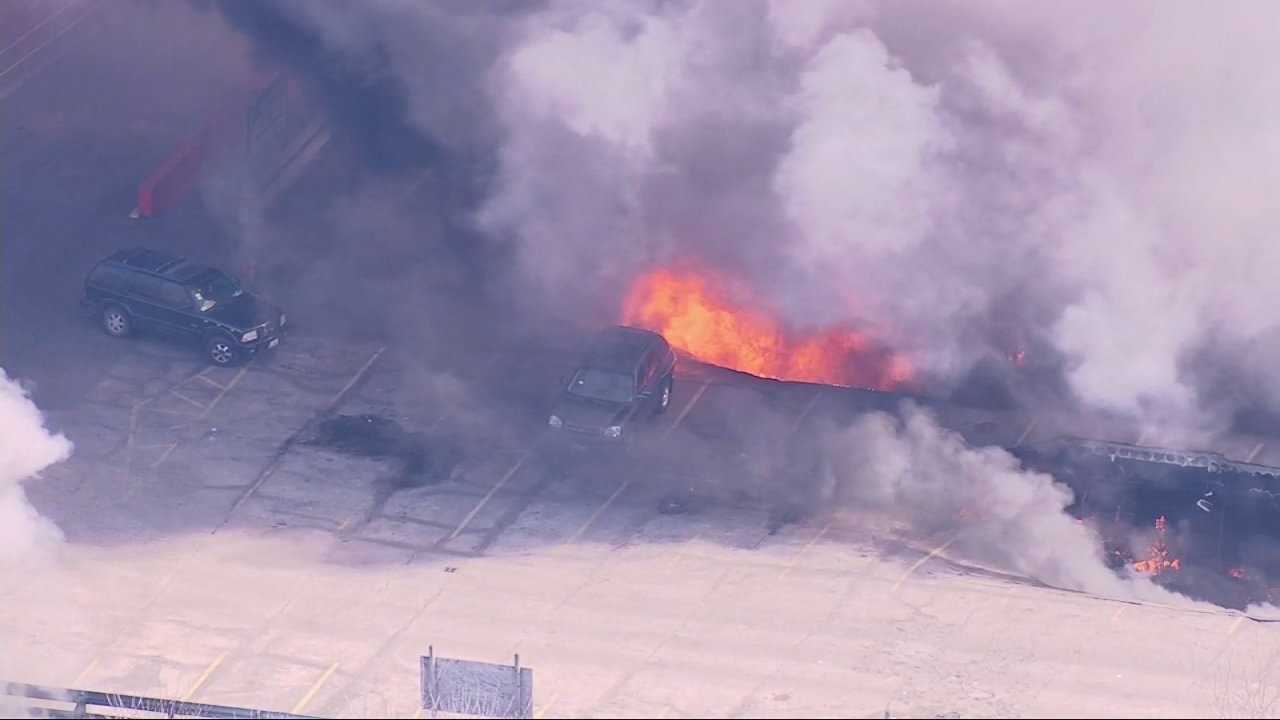 Car falls into burning flea market
During a fire Tuesday morning at Buyers Flea Market, a vehicle parked on top of the building collapsed during the fire.

Streets in the area have been closed. The building to the north was evacuated shortly after 11 a.m.

The fire is burning inside the market. Black smoke could be seen from Chopper7 HD atop the building, which has a parking lot where several cars are parked.

At 10:19 a.m., a vehicle parked atop the building collapsed with a portion of the roof, and other vehicles followed suit throughout the morning.

The flea market's website says the market has been in the Chicago area for more than 30 years and that it is the city's largest indoor-outdoor flea market. Vendor say well over 100 families rely on the flea market to sell a variety of merchandise every weekend.

"This place has been here the longest and it's been one of the main incomes," says vendor Yasmeen Rodriguez. "To see everything go down like this is nerve-wracking."

Norma Gonzalez says she has lost about $7,000 worth of Mexican candy that she sells at the flea market.

"My husband and I are going to cry," Gonzalez said. "We don't know what to do, we'll have to wait."

Momacetha Harvey and a friend sold animals, everything from birds to snakes, and she assumes all have been lost in the fire.

"Obviously if the fire gets to our property, our place could burn down," he said. "We do have some flammable liquids and that could cause a problem."

Earlier, some freight trains carrying oil traveled along on the nearby railroad which caused some concern, but there were no problems. 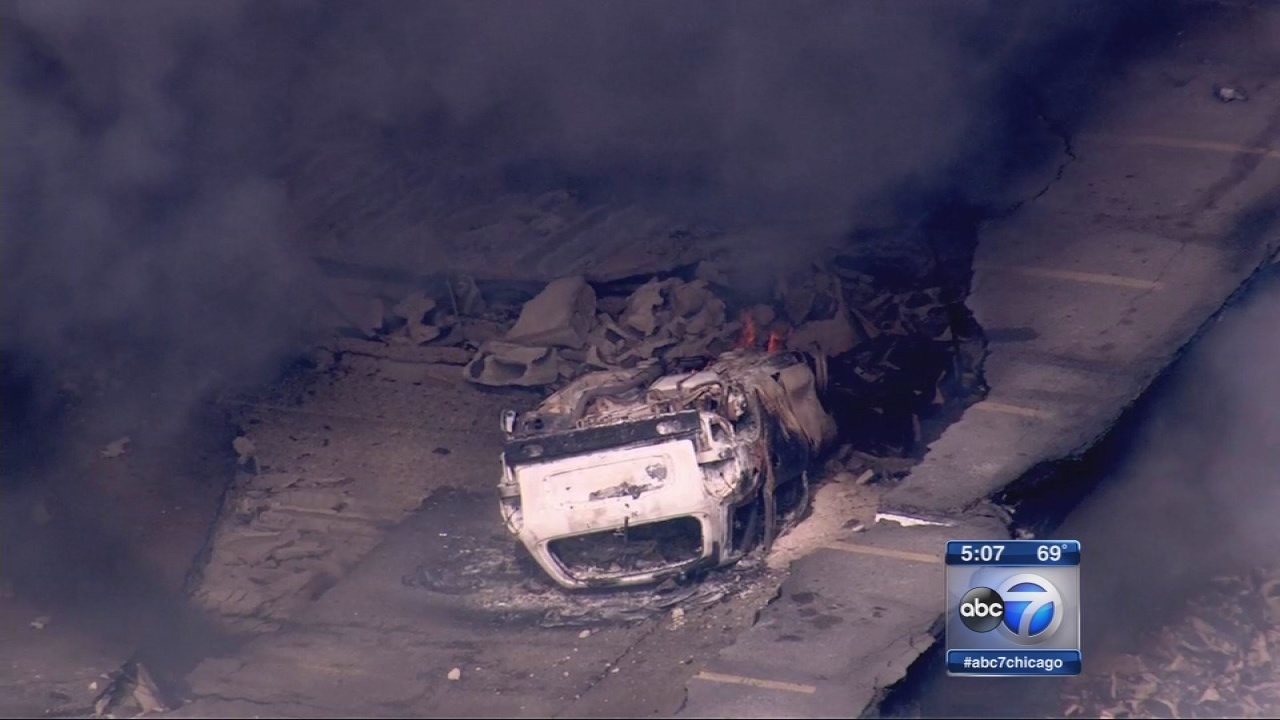