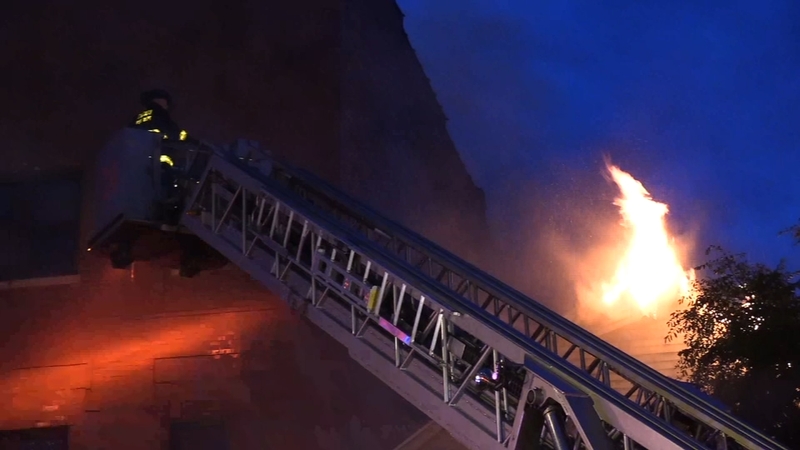 The fire broke out at about 4 a.m. in the 13500-block of South Baltimore Avenue in Hegewisch, fire officials said. It quickly engulfed one building and then spread to the second. Both buildings were vacant.

The heat appeared to leave some firefighters exhausted. Four were transported to hospitals to be treated for minor injuries.

The cause of the fire hasn't been determined, but fire officials have reason to be concerned.

"This area had been a rash of fires," said Assistant Deputy Fire Commissioner Brian Helmond. "This is the seventh or eighth fire just in this area alone."

The fire department is asking people in the area to be on the lookout for anything suspicious.