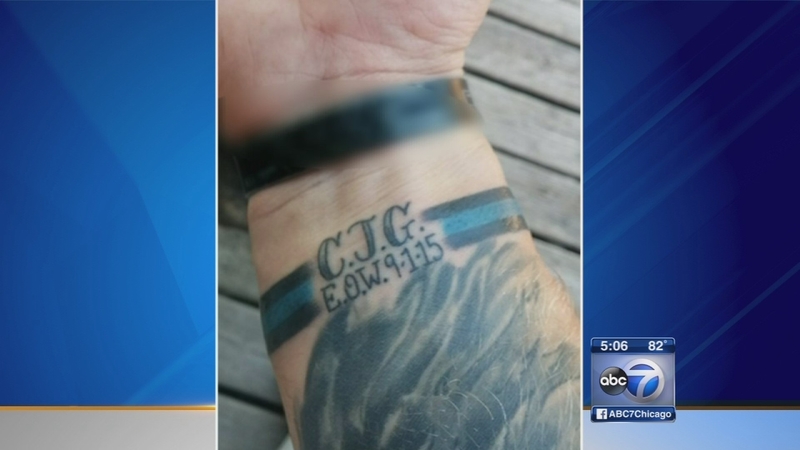 Authorities said it will be a few more days until lab results on gunshot residue and DNA are complete.

Lt. Gliniewicz's body was found in a field more than two weeks ago. He had called in for backup after reporting three suspicious men. Questions surrounding the circumstances around his death and the slow pace of the investigation remain unanswered.

"Joe was the all American hero," Fox Lake resident Mike Boettge, who called Lt. Gliniewicz a friend, said. "A lot of speculation going around town, no one seems to have the answers. It's almost as if these three people are phantoms, like they never existed."

Officials have also waivered on their wording at news conferences.

"Lt. Gliniewicz identified three individuals that he pursued into a heavily wooded area. The officers responding to back him up and they found him murdered, I'm sorry killed," Commander George Filenko said on September 8, 2015.

Lt. Gliniewicz's son, DJ, is honoring his father with a tattoo that features his initials, the abbreviation for End of Watch, and the date he died.

"My father never once had a single suicidal thought in his life," DJ told ABC7 news partner The Daily Herald.

Investigators are following standard practice, working up a "victimology" on Lieutenant Gliniwicz. They're constructing a detailed timeline of his life. They've interviewed his wife and kids. They're also reviewing his online history and tracking down any known enemies.

"These people in the town of Fox Lake want answers and they want to see this brought to closure for the families, for his family," Boettge said.