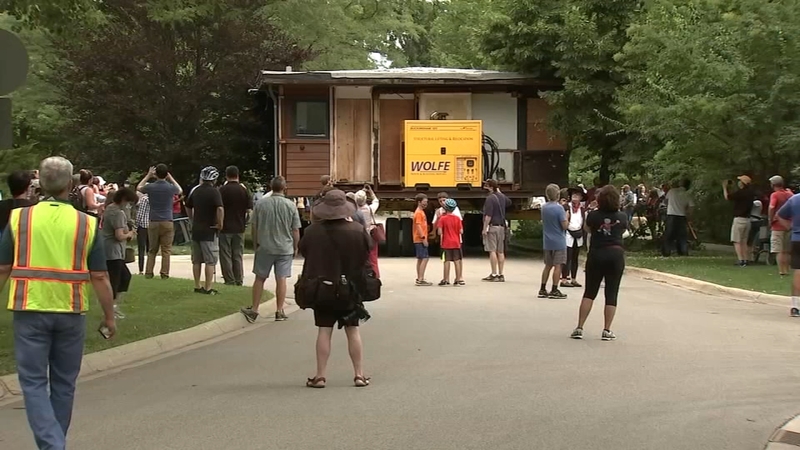 Once threatened with demolition, the Frank Lloyd Wright-designed house in north suburban Glencoe now has a new home.

"You don't get to see these things very often. I was really worried that they'd lose the house," said David Wigodner.

The Booth Cottage was built in 1913 as a temporary home for Wright's lawyer, Sherman Booth.

Booth developed a cluster of Wright houses in the subdivision of the north suburban village.

"It's going to help teach a lot about the history of our community and the importance of architecture," said Karen Ettelson, the Glencoe Historical Society co-president.

Efforts to save the historic building began over a year ago when the property where the cottage sat was sold and the new owners wanted to tear it down.

Donors raised over $300,000 to save the cottage and secured a long term lease from the Glencoe Park District where it will be relocated.

"I've called it 'a little jewel in the park.' When we are done with exterior and interior renovations that's exactly what it will be," said Ed Goodale, the project manager.

The neighborhood looked on as house mover, Andrew Heck and his crew, used dollies to literally wheel the one-story, three-bedroom cottage from a lot on Franklin Road roughly four blocks to a small park east of Green Bay Road.

Crews move the Booth Cottage, designed by Frank Lloyd Wright, to a new site in Glencoe.

"Backing in is a little bit harder than going forward, that's why it took so long to get off the road," Heck explained.

The Booth Cottage is one of 13 structured designed by the legendary architect in this area, making Glencoe the third largest concentration of his buildings in the state -- just behind Oak Park and Chicago.

"He'd already developed the prairie style which this is, but what he was beginning to work on, which this house is a great example of it is what became the Usonian style that was affordable housing for people," said Scott Javore, the restoration architect.