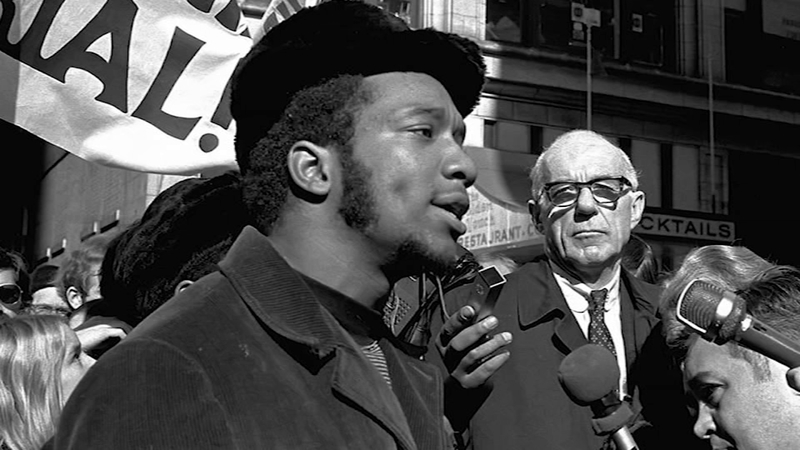 "It's very, very important to commemorate their lives and let people know that's not just something that happened back then and it's the end of it," said Akua Njeri, Hampton's then-fiancee who was in a bedroom with him when the police raid happened on December 4, 1969. "People are still being murdered in the houses, wrong houses, that are so-called 'raided by police.'"

Njeri was eight and a half months pregnant when officers busted into the two-flat at 2337 W. Monroe Street, killing Hampton and Mark Clark, and injuring four others. She remembers the moment police busted into the bedroom as well.

"Chairman looked up from the bed. He moved really slow, he never moved out of the bed and laid his head down slow. I left that room with no blood on my clothing, which indicates he had not been shot while I was in the room," she said.

Njeri, known as Deborah Johnson at the time, said she got out of bed with her hands up, continually thinking the police would kill her if she stumbled or fell.

Since then, some have called it the "Massacre on Monroe" street. In fact, Njeri used those very words Wednesday when she talked to dozens of people who gathered on Monroe Street. A new building has been built on the lot, but the location still holds significance to so many Black Panthers, even those who traveled from out-of-state to be there.

"I remember what Fred said, 'You have to keep the revolution alive, you have to keep struggling,'" recalled Joan McCarty, an original Black Panther member in Chicago. McCarty is now a professor at Spelman College, and she teaches the next generation about the movement and what happened the day of the raid. "That's one of my contributions."

The deadly raid served as a turning point as well. It took years to uncover government motives, and their efforts to silence the Black Panther movement. Decades later, the federal government, Cook County, and City of Chicago paid a $1.8 million settlement to Clark and Hampton's families, along with the survivors.

The two families held a five-minute moment of silence Wednesday, but they will not be silenced as they continue to speak about the deadly raid and today's issues as well.

"The deaths, the assassinations continue," said Elner Clark, Mark Clark's sister. "The police assault on the black community is horrendous."

Along with family members, there were also Black Panthers who survived the police raid, including Blair Anderson. He credits Clark for saving his life.

"The reason I wasn't killed, because there were multiple bullets shot through my bed, was because Mark stood at that door and slowed them down long enough," Anderson said.

In fact, Fred Hampton Jr. now leads the Black Panther Party Cubs. He is also a consultant for an upcoming movie about his dad's life.

"It's still a battle to make sure his legacy stays in tact," Hampton Jr. said. "But this is as close as we've come on a project on Chairman Fred."

The untitled movie is expected to come out in 2020. Njeri still sees it as a call to action, even 50 years later.