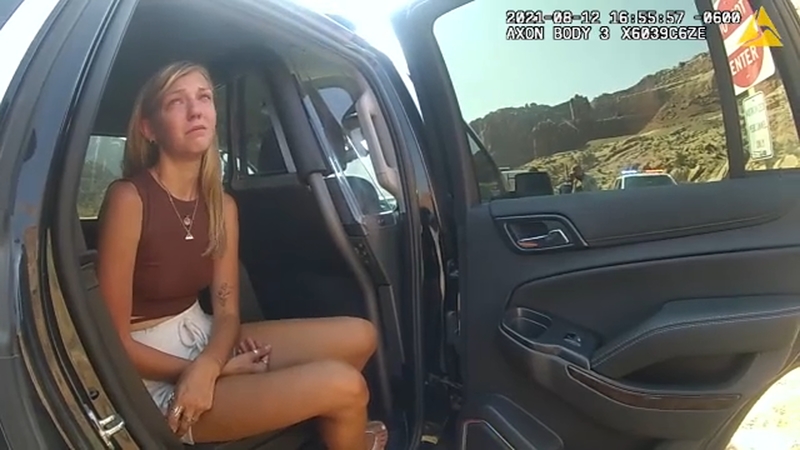 MOAB CITY, Utah -- An investigation into a domestic violence incident involving Gabby Petito and Brian Laundrie in Utah back in August is now complete.

The 102-page report, made by independent law enforcement agency, found that the Moab City Police officers who responded to the incident on August 12, made several "unintentional mistakes," including not citing Petito for domestic violence.

During that altercation, officers were called to reports of disorderly conduct and encountered Laundrie and Petito, along with a witness.

Laundrie and Petito were described as having gotten into a physical fight following an argument, but "both the male and female reported they are in love and engaged to be married and desperately didn't wish to see anyone charged with a crime," according to the report from Officer Eric Pratt.

Police later released body camera footage of officers' encounter with Petito and Laundrie, during which Petito is emotional and crying through much of the video.

According to the report, the investigation found that Laundrie would have been the victim and Petito the suspect after she told police that she hit him first.

The captain who wrote the report says, "statements of all those involved, along with the evidence presented, provided probable cause for an arrest."

The report recommended additional training for police on domestic violence situations. It also says officers showed both respect and empathy.

Police in Moab released a body camera video of the interaction between Gabby Petito and Brian Laundrie.

The Laundrie family attorney Steve Bertolino released a statement late Wednesday in response to the report:

"The Moab officers responded and acted professionally toward both Brian and Gabby. Although the officers may not have followed the letter of the law In not citing Gabby, I believe they did the best they could given the responsiveness of both Brian and Gabby during the traffic stop. To label every disagreement between couples a citable domestic violence incident is to criminalize human emotions and reactions that should be dealt with outside of the criminal code. In my opinion the officers did the right thing by separating the two young adults."

Weeks after the stop, Petito was reported missing. Her body was eventually discovered in Wyoming and her death was labeled a homicide.

Her fiancé's body was found months later after Laundrie took his own life.