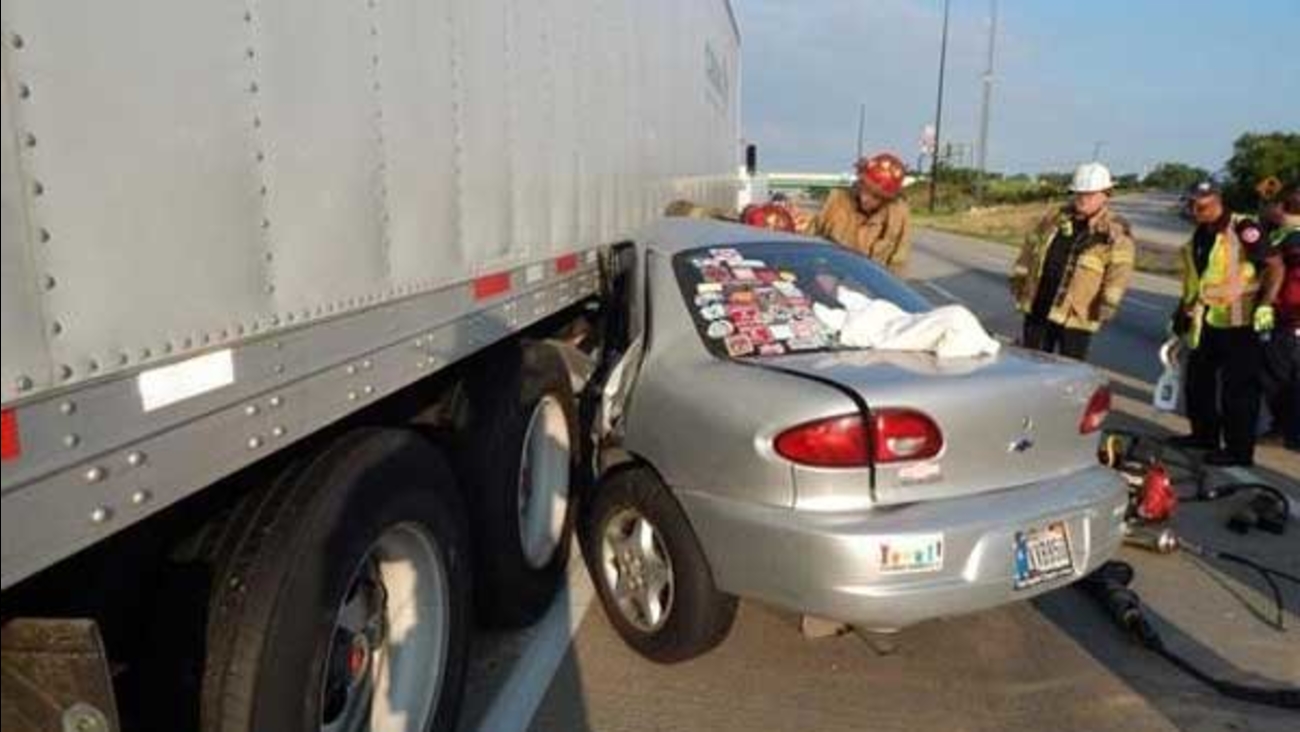 GARY, Ind. (WLS) -- A 23-year-old man from Gary had to be extricated from a car Wednesday morning after the vehicle ended up underneath a semi on westbound I-80/94 in northwest Indiana.