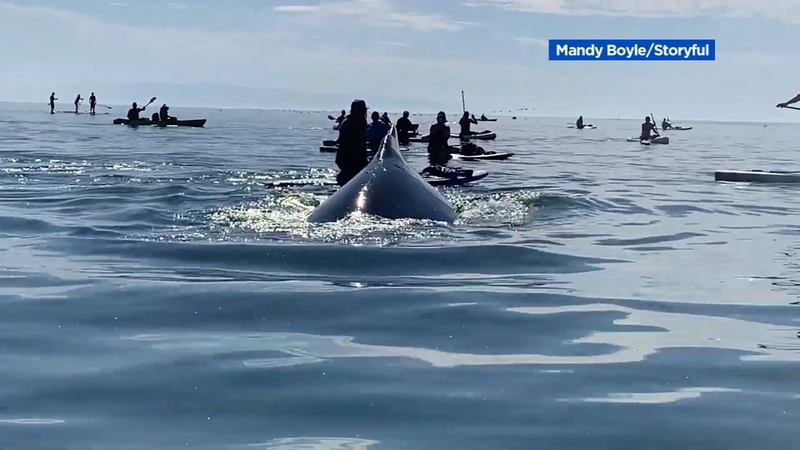 The giant fish was found on Nov. 16 during a lake health study at Oak Grove Lake just east of Greenville in South Carolina when Scott Robinson was performing some electrofishing -- a method of measuring the health of the fish population.

But it was only on Dec. 7 that Greenville County Parks, Recreation & Tourism posted a picture of the giant fish on social media.

"Anyone missing their goldfish? This 9lb goldfish was found in Oak Grove Lake during some recent testing at our lakes. The work included electrofishing, a method of measuring the health of the fish population," they said in the social media post.

Speaking to WLOS, an ABC News affiliate station in Asheville, North Carolina, Ty Houck, the director of Greenways, Natural and Historic Resources for Greenville County Parks, said that he is pretty sure the giant goldfish is the only one of its kind living in the lake since they just recently finished a fish inventory of Oak Grove Lake and, with it being so shallow, another one of its size would be easy to spot.

Officials add that they aren't sure how long it has been there. The oversized goldfish was able to survive a nearly full draining of the lake while it was being repaired recently and could have possibly survived a previous draining event as well, according to WLOS-TV.

"[The] currently unnamed goldfish is obviously very happy and healthy at Oak Grove Lake so we just said hello and put him back," said Greenville County Parks, Recreation & Tourism on their social media post when asked what they did with it.

Though the humongous goldfish might be big, it is far from the biggest. According to Guinness World Records, the world's longest goldfish was owned by Joris Gijsbers and measured 18.7 inches from snout to tail-fin end and was confirmed on March 24, 2003, in Hapert, The Netherlands.