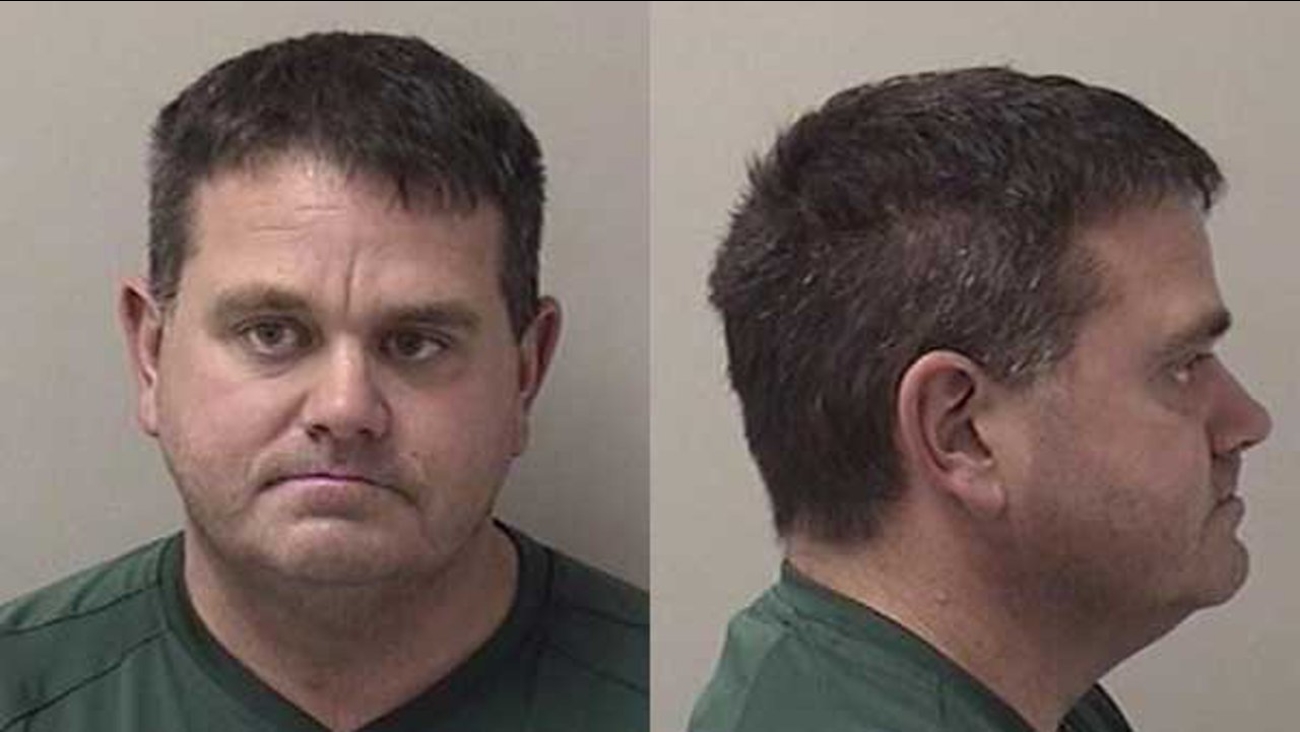 EAST DUNDEE, Ill. (WLS) -- A Texas man was convicted Tuesday in the murder of his 85-year-old grandmother in northwest suburban East Dundee.

The Kane County State's Attorney's Office said Richard Schmelzer, 44, killed Mildred "Dodie" Darrington because his lavish lifestyle, involving female escorts and "other extravagances well beyond his means," had put him deeply in debt.

Darrington was found stabbed to death in her home on July 18, 2014.

The Kane County State's Attorney's office said her body was discovered after she had failed to show up for her regular hair appointment. Her hairdresser went to her home in the 100-block of Aldis Drive to check on her and found her unresponsive in bed.

U.S. marshals arrested Schmelzer on Aug. 25, 2014 at his home in Frisco, Texas. He was held in Kane County Jail in lieu of $5 million bail.

A jury found Schmelzer guilty of first-degree murder on Tuesday, after an 11-day trial. Authorities said he went to great lengths to cover up his crime.

The state's attorney's office said before the murder, Schmelzer had been unable to pay his family's bills. He hadn't made a mortgage payment in more than four years and the home was in foreclosure. He was married, with four daughters, authorities said.

After his family refused to loan him money, authorities said Schmelzer started transferring money from Darrington's credit cards and planned to drive 924 miles from Frisco to East Dundee to kill her.

The state's attorney's office said he had a cousin rent a car in their name, used a pre-paid gifts card to cover his expenses and bought a cell phone for the trip. He told his wife he would be attending a conference in the Dallas area. He got a receipt from a restaurant near his home and told a friend to email him about a "lunch" they had together during his trip. Authorities said he was not at the restaurant at the time marked and was actually driving back to Texas at the time the "lunch" would have taken place.

He started the 14-hour drive from Texas to Illinois on July 17. Authorities said on July 18, he walked into his grandmother's house and fatally stabbed her in the neck while she was lying in bed.

"As we gathered the evidence of Mildred's murder, it became clear how Mr. Schmelzer went to great lengths to attempt to cover up his crime, from having a friend rent a car on his behalf to lying to his family about where he'd be when he actually drove to Illinois to commit murder, and even attempting to fabricate an alibi. His deceit is astonishing, and it was done because he was so overcome with greed. Quite frankly, it's still hard to fathom - this man killed his own grandmother to further a lifestyle of gluttony that he couldn't otherwise pay for. He had 14 hours and 900 miles to rethink his plan, but he carried it out, anyway, a calculated, cold-blooded murder," Kane County State's Attorney Joe McMahon said.