School employee accused of 'falling in love' with student, 15; ordered to avoid minors 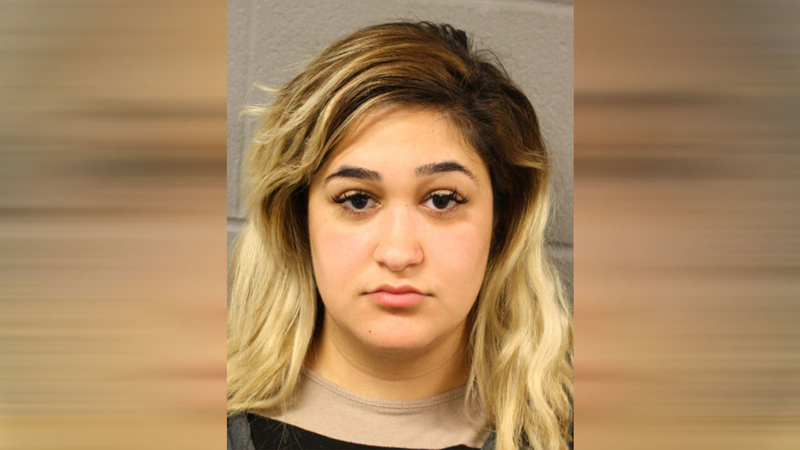 Texas middle school employee Hannah Siboyeh sat in court Monday morning and appeared nervous before a judge, accused of having a sexual relationship with a 15-year-old student.

As she left the courthouse, she broke down in tears. Eyewitness News spoke with her attorney Robert Pelton. Pelton said they are still investigating the facts of the case.

Siboyeh, 24, has been charged with sexual assault and improper relationship with a student.

Siboyeh allegedly admitted to having sex with the former Labay Middle School student in July 2017 and even claims she loved the teen with "all her heart."

An assistant principal who learned about the alleged relationship first told Cy-Fair ISD officials in April 2018.

A Cy-Fair ISD teacher accused of having a relationship with a student admitted she loved the student with all her heart.

The incident was reported by another student who says the victim and Siboyeh were seen in bed together at the victim's house. Siboyeh and the victim had also posted photos of each other on Snapchat, the student said.

During an interview with authorities, Siboyeh reportedly started crying and confessed to losing her virginity to the student after renting a hotel room.

"Authorities notified us last spring of an alleged inappropriate relationship between a Labay Middle School paraprofessional staff member and a former student. Due to the seriousness of the allegation, the staff member was immediately removed from campus. Law enforcement conducted a full investigation that led to an off-campus arrest. These actions are not representative of Labay Middle School or CFISD employee standards of conduct.

As part of Siboyeh's bond conditions, she cannot have contact with anyone younger than 17 years old and cannot have internet access.