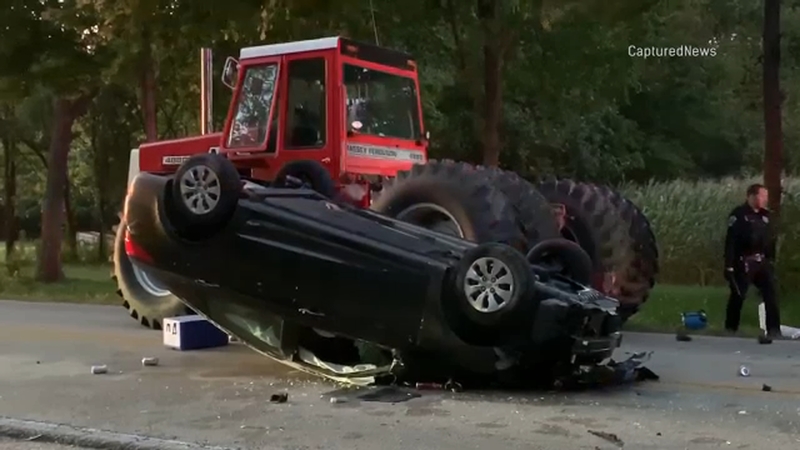 LITTLE ROCK TOWNSHIP, Ill. (WLS) -- The driver of a car that crashed into a hayride wagon in Kendall County has been cited for the accident that left nearly a dozen people injured Saturday, according to the sheriff's office.

Three people are in critical condition Sunday after a car crashed into a hayride in Little Rock Township, according to the Little Rock-Fox Fire Protection District.

Officials said the accident occurred around 5:30 p.m. Saturday near the intersection of River Road and Blackhawk Road.

A 22-year-old DeKalb woman hit the back of the hayride wagon, causing her car to flip over, according to the Kendall County Sheriff's Office. The wagon was carrying 14 adult passengers at the time, and 11 were transported to local hospitals, the office said.

The driver was treated and released on the scene, according to sheriff's officials. She was cited for failure to reduce speed to avoid an accident.