CHICAGO -- Abandoning negotiations, President Donald Trump on Thursday demanded a make-or-break vote on health care legislation in the House, threatening to leave "Obamacare" in place and move on to other issues if Friday's vote fails.

The risky move, part gamble and part threat, was presented to GOP lawmakers behind closed doors Thursday night after a long and intense day that saw a planned vote on the health care bill scrapped as the legislation remained short of votes amid cascading negotiations among conservative lawmakers, moderates and others.

At the end of it the president had had enough and was ready to vote and move on, whatever the result, Trump's budget director Mick Mulvaney told lawmakers.

"'Negotiations are over, we'd like to vote tomorrow and let's get this done for the American people.' That was it," Rep. Duncan Hunter of California said as he left the meeting, summarizing Mulvaney's message to lawmakers.

And if the vote fails, Obamacare "stays for now," Hunter said.

The outcome of Friday's vote was uncertain. Both conservative and moderate lawmakers claimed the bill lacked votes after a long day of talks.

The Republican legislation would halt Obama's tax penalties against people who don't buy coverage and cut the federal-state Medicaid program for low earners, which the Obama statute had expanded. It would provide tax credits to help people pay medical bills, though generally skimpier than Obama's statute provides. It also would allow insurers to charge older Americans more and repeal tax boosts the law imposed on high-income people and health industry companies.

The measure would also block federal payments to Planned Parenthood for a year, another stumbling block for GOP moderates.

And although there were published reports that Congressman Adam Kinzinger supports the current plan, a spokeswoman did not respond Thursday night on how he will vote.

The drama unfolded seven years to the day after Obama signed his landmark law, an anniversary GOP leaders meant to celebrate with a vote to undo the divisive legislation. "Obamacare" gave birth to the tea party movement and helped Republicans win and keep control of Congress and then take the White House.

Instead, forced to delay the vote, the anniversary turned into bitter irony for the GOP. As the House recessed and lawmakers negotiated, C-SPAN filled up the time playing footage of Obama signing the Affordable Care Act.

"In the final analysis, this bill falls short," GOP Rep. Jaime Herrera Beutler of Washington state said in a statement Thursday as she became the latest rank-and-file Republican, normally loyal to leadership, to declare her opposition. "The difficulties this bill would create for millions of children were left unaddressed," she said, citing the unraveling of Medicaid.

In a danger sign for Republicans, a Quinnipiac University poll found that people disapprove of the GOP legislation by 56 percent to 17 percent, with 26 percent undecided. Trump's handling of health care was viewed unfavorably by 6 in 10.

House Minority Leader Nancy Pelosi, D-Calif., who as speaker was Obama's crucial lieutenant in passing the Democratic bill in the first place, couldn't resist a dig at the GOP disarray.

"You may be a great negotiator," she said of Trump. "Rookie's error for bringing this up on a day when clearly you're not ready."

Obama declared in a statement that "America is stronger" because of the current law and said Democrats must make sure "any changes will make our health care system better, not worse for hardworking Americans." Trump tweeted to supporters, "Go with our plan! Call your Rep & let them know."

Congressional leaders have increasingly put the onus on the president to close the deal, seemingly seeking to ensure that he takes ownership of the legislation - and with it, ownership of defeat if that is the outcome.

Yet, unlike Obama and Pelosi when they passed Obamacare, the Republicans had failed to build an outside constituency or coalition to support their bill. Instead, medical professionals, doctors and hospitals - major employers in some districts - as well as the AARP and other influential consumer groups were nearly unanimously opposed. So were outside conservative groups who argued the bill didn't go far enough. The Chamber of Commerce was in favor.

Moderates were given pause by projections of 24 million Americans losing coverage in a decade and higher out-of-pocket costs for many low-income and older people, as predicted by the nonpartisan Congressional Budget Office. In an updated analysis Thursday, the CBO said late changes to the bill meant to win over reluctant lawmakers would cut beneficial deficit reduction in half, while failing to cover more people.

And, House members were mindful that the bill, even if passed by the House, faces a tough climb in the Senate.

Outside the City Club in downtown Chicago, several hundred protesters gathered at a cancelled event featuring House Speaker Paul Ryan. As the crowd continued to grow steadily, spreaders spoke about what the Affordable Care Act, which Republicans labeled Obamacare, means to them. The mood was optimistic, occasionally border on celebratory, as the group declared that, at least today, they shut down the repeal effort. But it's an ongoing battle, and this is just one day in the fight for affordable care.

The gathered was meant to directly pressure Speaker Ryan, who vocally supports the repeal of the Affordable Care Act.

"This much we know: the ACA has changed the face of health care in this country. It's had a positive impact on our patients, our communities, our economy," said Cook County Board President Toni Preckwinkle.

Several politicians and labor leaders held a press conference as debate over the future of the ACA continues.

"Today those same people who breathe a sigh of relief because they could afford healthcare and see a doctor are afraid of the cuts and what will happen," said Jaquie Algee, vice president and director of community outreach for SEIU.

In Illinois, 650,000 residents are part of the Medicaid expansion, and most recently 350,000 people enrolled in ACA programs through the marketplace.

"It impacts every single person regardless of their political persuasion, and that's why we think this bill's having a hard time," said Stephani Becker, senior policy specialist at the Shriver Center.

Becker's recent work has focused on health care. She acknowledges some changes are needed to the ACA, but contends the current proposal could have devastating effects on working families.

"There is no reason to rush this. And if they want to make changes to the ACA, I think that both sides of the aisle would be willing to do that," she said.

That same sentiment was echoed by the organizations at the protest Thursday afternoon, who represent seniors, families and other demographics affected by the potential repeal of the ACA. After the conclusion of the rally, the group will march to Trump Tower in River North to continue their protest.

Illinois Senator Tammy Duckworth and other senators who have served in the military criticized an amendment to the bill late Monday night that would make veterans ineligible for health care tax credits to help them afford private health care.

"We already know that this President has a record of breaking his promises, but pushing a plan that makes it harder for millions of veterans to get the health care they deserve after he promised to improve care for our veterans is disgraceful," she said in a statement Thursday afternoon. 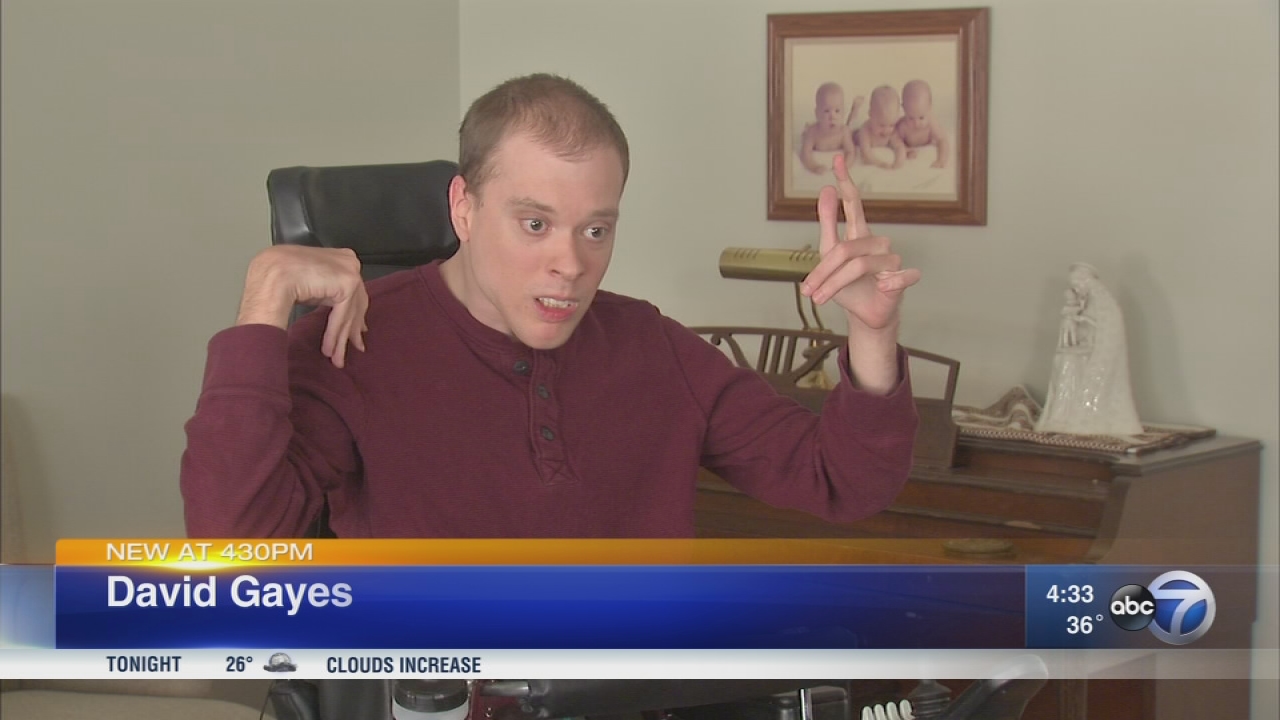