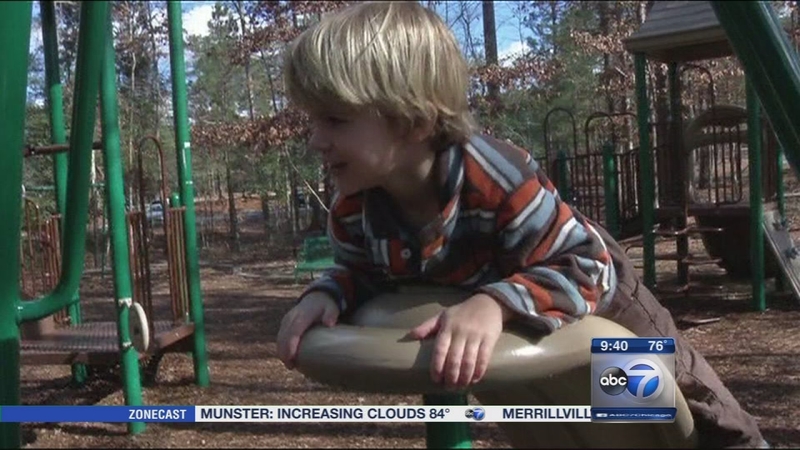 Nearly every baby born in America has blood collected within a couple days of birth to screen for dozens of genetic disorders, but some disorders have slipped through the cracks and aren't tested for - such as creatine deficiencies.
Like most kids his age, John Klor loves to play, climb and conquer.

A special feat, considering where his story began. At six-months-old, his mom Melissa Klor said he wasn't even close to sitting up or meeting any of his milestones.

"It kind of took our world and flipped it upside down," Melissa said.

Then, when John was 13-months-old, a second opinion changed everything. A team at Duke University Medical Center diagnosed him with a creatine deficiency, known as GAMT deficiency.

John's body wasn't making any. Within a few months of his diet and adding supplements, John began to walk and talk.

"Watching him develop and grow and do things that, at one point I thought he'd never do, was incredible to watch," Melissa said.

Now, researchers are pushing for newborn screening that would use the same blood test that screens for 29 recommended disorders. Without early intervention, brain damage can be permanent.

Melissa is thankful that John is one of the lucky ones.