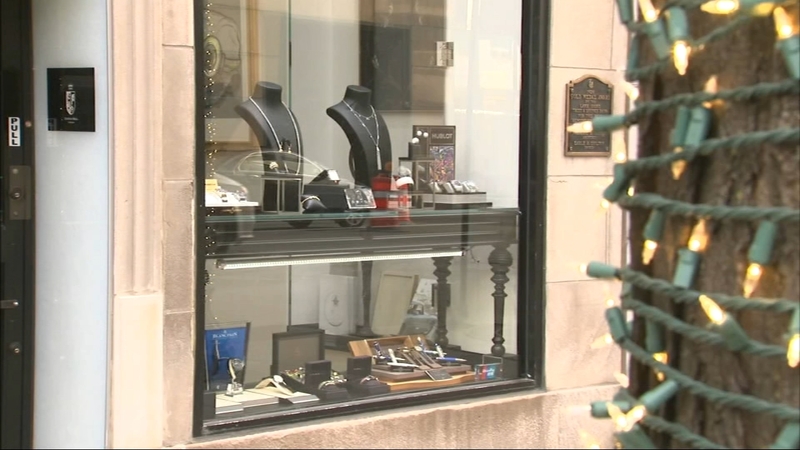 CHICAGO (WLS) -- Loretto Hospital on Chicago's West Side is under fire yet again for reportedly vaccinating even more people who were not eligible for the COVID-19 vaccine.

This time, it reportedly happened inside a swanky Gold Coast Swiss watch and jewelry store frequented by the hospital's COO, Anosh Ahmed.

Officials are now looking into reports that Ahmed operated a pop-up vaccine site for the store's employees who do not yet qualify under city guidelines. Store employees declined to comment.

"It is unacceptable to let people jump the line, especially if people have clouted their way through to jump the line," Gov. JB Pritzker said.
On Friday, the board reprimanded Ahmed and Loretto CEO George Miller for COVID-19 vaccine events that improperly gave shots to people far from the West Side facility, including one held for workers at Trump Tower.

The hospital recently admitted to vaccinating 72 Trump Tower employees at a private event.

Hospital staff confirms some Cook County judges and their spouses received the shot, despite not yet being eligible.

And Loretto Hospital CEO George Miller is under scrutiny after having the hospital vaccination team travel to his church in Oak Forest to administer shots to 200 people in February.

"What they did, wrong is wrong, so, each storyline that continues to come out is wrong," said State Senator Kimberly Lightford, who serves as the Loretto Hospital Board of Trustees Vice President. "He's very remorseful and so is Mr. Ahmed. As a Board we've asked them to share with us everything that way we won't continue to be shocked."

"It's like they're picking and choosing who live and who die," Austin resident Joseph Williams said.

That's how people in the hard-hit Austin community feel about a hospital that's supposed to help the West Side community that's been ravaged by a lack of resources, and now COVID-19.

"It's actually kind of scary to think they're going around giving anybody these types of shots," Austin resident Joslia Williams said.

Months later, little more than 13 percent of Austin has received even one dose. Now the city has cut off first dose supplies to Loretto until they can prove a proper vaccination strategy.

The Loretto Hospital board held an emergency meeting Monday. The board said it did reprimand the CEO and COO, but did not provide details of what that entailed.