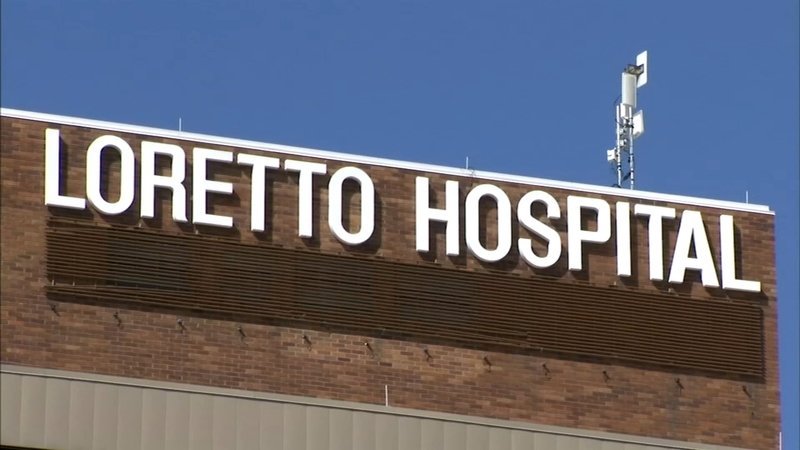 CHICAGO (WLS) -- Loretto Hospital CEO George Miller is under scrutiny after having the hospital vaccination team travel to his church in Oak Forest to administer shots to 200 people in February.

The vaccinations took place on two dates: Feb. 4 and Feb. 27.

In a video posted by Valley Kingdom Ministries International, Apostle H. Daniel Wilson presented Miller a thank you tribute for doing it, telling the congregation they were college fraternity brothers and long-time friends.

"I would encourage them to stay local," said 28th Ward Alderman Jason Ervin, who is also the chair of the city council's Black Caucus. "I mean, we got plenty of people out here on the West Side of Chicago that have not been vaccinated. So we've got plenty of work right here in our own backyard. So this charity begins at home."

A spokeswoman for Loretto Hospital said Miller got approval from the Chicago Department of Public Health to vaccinate church members because they met all the requirements.

Friday, CDPH Commissioner Dr. Allison Arwady did not deny the hospital got permission, but said there were two problems. First, the people at the church were not eligible.

"Added to that, of course, is the larger concern that it seems that they have prioritized vaccinating people who were well-connected, you know, really letting them jump the line," Arwady said.

The city has since suspended Loretto Hospital's first dose vaccination supply while an investigation is done.

Loretto was the site of the city's first vaccinations, but in the last week Miller has come under fire for vaccinating hotel workers at the Trump Tower and for allowing some Cook County judges to get shots when they were not eligible for the vaccine.

Some West Side leaders expressed concern that people who live on the West Side might not be able to get vaccinated because Loretto's supply has been temporarily halted.

"We, our community, has been underserved and we certainly want while they sort out the Miller situation, we don't want Austin to have to pay," said Pastor Marshall Hatch of New Mt. Pilgrim church.

The hospital's board announced Friday afternoon they had reprimanded Miller and COO Anosh Ahmed for what they described as "mistakes in judgement," saying in a statement, "While it is the estimation of the Board that all reported events stemmed from a sincere desire to vaccinate as many eligible Chicagoans as possible - especially people of color -- as quickly as possible, we acknowledge that actions were taken that fall outside the scope of The Loretto Hospital's core mission."
Report a correction or typo
Related topics:
health & fitnesschicagoaustinoak forestcoronavirus chicagocoronavirus illinoiscovid 19 vaccinehospitals
Copyright © 2022 WLS-TV. All Rights Reserved.
COVID-19 VACCINE
CDC director signs off on booster shots for children ages 5 to 11
2 years into COVID-19, some remain in complete isolation
Illinois reports 7,555 new COVID cases, 15 deaths
Illinois reports 5,763 new COVID cases, 11 deaths
TOP STORIES
10 shot, 2 fatally, on Near North Side
13-year-old carjacking suspect critically injured in police shooting
City Council to take up ordinance on curfew changes
Marine veteran seriously injured in Irving Park hit-and-run
Motorcyclist strikes, kills man crossing street on NW Side, police say
CTU votes for new president
City Council committee to vote on NW Side casino plan
Show More
Funerals begin for victims of Buffalo supermarket shooting
Could remains in shrinking Lake Mead be tied to Chicago mob?
Man dies after being pulled from Lake Michigan
Oakbrook Terrace fights back after red light camera permit revoked
911 dispatcher who took Buffalo shooting call put on leave
More TOP STORIES News