Woman hopes terminal cancer diagnosis will prevent deportation, allow her to 'die with dignity' in U.S. 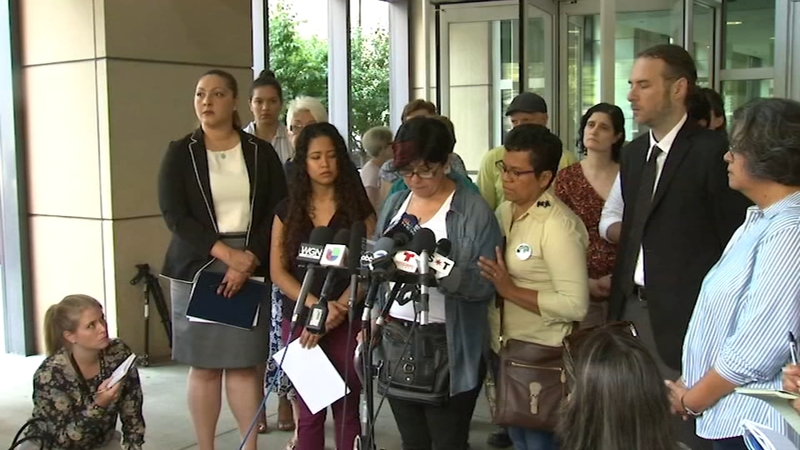 Woman hopes terminal cancer diagnosis will prevent deportation, allow her to 'die with dignity' in U.S.

CHICAGO (WLS) -- Gloria Barrera has only a few months to live. Facing deportation, the 54-year-old Melrose Park grandmother is hoping immigration officials will take terminal cancer diagnosis into consideration before sending her back to Mexico, where she fears she will die alone.

"I want to die with dignity and with my family, in the company of my husband, my children and my grandchildren," Barrera said through a translator.

Barrera came to the United States in 1984. She lived as a legal permanent resident until a few years ago when three misdemeanor retail theft charges of less than $150 led to her deportation.

Barrera said she was kidnapped and held for ransom in 2013. Her kidnappers tried to smuggle her back into the U.S.

"They had the intention of using her for human trafficking," said Christopher Elmore, Barrera's attorney. "Fortunately she was able to get away from them, as soon as she did, she was detained by ICE."

Barrera said she was detained for a year, during which she said ICE refused to give her medical assistance for abdominal pain. After Barrera was granted bond, she was diagnosed with ovarian cancer that had already spread to several more organs.

"If immigration had listened to me, I would now have more time to enjoy my family," she said.

Barrera hopes ICE will grant her a special visa or a stay of removal. Her meeting with immigration officials Friday was delayed, which bought her more time.