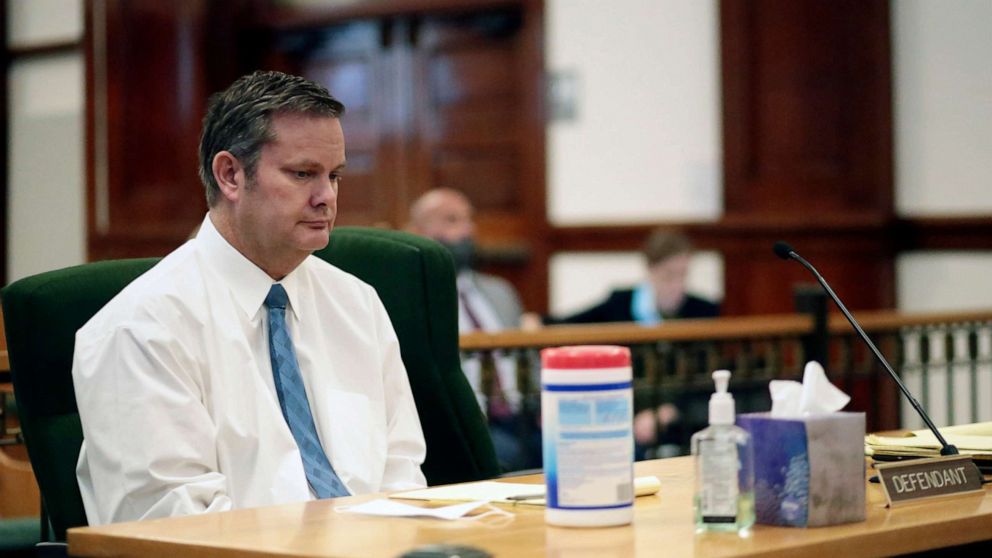 Preliminary hearings resumed Tuesday for Chad Daybell, who is charged in the case of two Idaho children found dead in June after a monthslong search.

Daybell's wife, Lori Vallow, who is the mother of the children, Tylee Ryan and JJ Vallow, has also been charged.

The hearings began Monday and included harrowing testimonies from detectives who found the bodies of Tylee and JJ on Daybell's property on June 9, including that JJ had been found with duct tape around arms, feet and head, which was inside a black plastic bag. Tylee's remains were found in a melted green bucket, detectives said.

Tuesday's hearings offered a glimpse of Daybell and Vallow's relationship.

Melanie Gibb, a friend of the two, testified that Vallow was a very "convincing and persuasive" person. Gibb also said that Vallow and Daybell were infatuated with one another.

Gibb admitted on the stand that she lied to police in late November about the whereabouts of JJ.

"I told him that I had him and that I didn't have him," she said.

Gibb testified Monday about a phone call she had with Vallow in December -- about three months after the children were last seen.

She asked where the children are, specifically asking about JJ, according to audio of the call which was played in court.

Vallow replies saying she had to move him and was "keeping him protected."

A phone call between Vallow and Daybell was also played in court. The call took place when authorities were searching the house, according to Daybell on the phone.

"Are they seizing stuff again?" Vallow can be heard asking, to which Daybell replies: "They have search warrants and stuff."

The phone call ends with the two saying "I love you."

Hermosillo said that about two hours after the search began, detectives marked off an area at Daybell's home where there was a "recognizable deceased body smell."

Hermosillo said that sod was removed from the area and a black plastic bag, as well as a melted green bucket, were found.

The bag contained a round object that was protruding through the dirt, which was later determined to be the skull of JJ, according to Hermosillo.

JJ had been wearing red pajamas and black socks, and a white and blue blanket had been placed on top of him, Hermosillo said.

He was also found with a "large amount" of duct tape covering his head, arms and feet, according to Hermosillo.

The charred remains of Tylee were found in the melted green bucket, Hermosillo said.

Both remains were found about six to eight inches under the sod. The grandparents of JJ were seen in court weeping during the gruesome testimony.

Daybell, 51, was charged with two felony counts of destruction, alteration or concealment of evidence after the remains were found on his property.

Vallow, whose preliminary hearing is scheduled for Aug. 10, is facing two felony counts of desertion and nonsupport of dependent children and one misdemeanor count each of resisting and obstructing an officer, solicitation of a crime and contempt. She was arrested back in February.