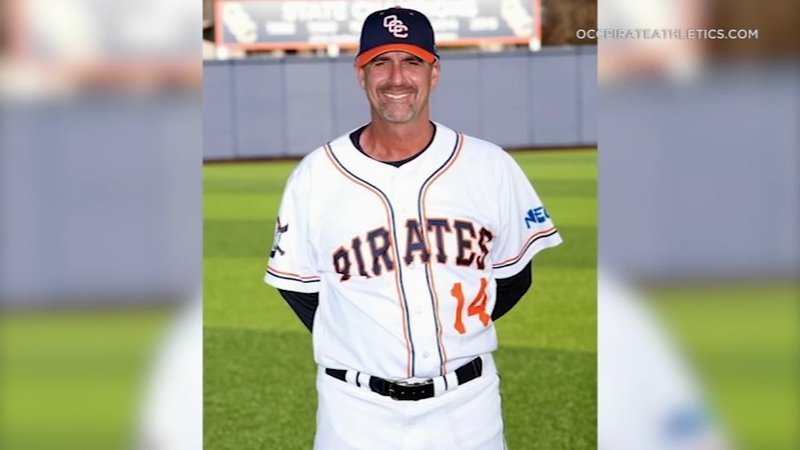 CHICAGO (WLS) -- John Altobelli, coach of Orange Coast College's baseball team and one of the nine people, including Kobe Bryant, killed in a California helicopter crash Sunday, grew up in Chicago's suburbs.

Also killed in the crash were Altobelli's wife and his 13-year-old daughter Alyssa, who was a basketball teammate of Bryant's daughter Gianna.

The Altobelli family didn't just make an impact on the sports community in California, but in the Chicago area as well.

A moment of silence was held for John Altobelli at his team's season opener, and the Orange Coast College Pirates all wore number 14 in honor of their late coach.

"Play for my brother, but play for yourselves. Play for each other," said Tony Altobelli, John's brother, at the opening game. "What do you say we smile for the next three hours and have some fun, OK? We'd appreciate that."

Altobelli, 56, his wife Keri and his daughter Alyssa were all killed in the crash in Calabasas.

"John was a man of great character and very kind and caring, just like his parents raised him to be," said Amanda Batinich, cousin.

Batinich grew up with Altobelli, who lived with his family in Mount Prospect until the age of 10. His younger brother Tony also works for the same sports program.

"Alto would've wanted this, to be strong, to be encouraging, to be supportive," said Tony Altobelli.

Altobelli's father Jim, a Chicago native, was also present at the memorial. He was a baseball coach in the Chicago area, and his son followed in his coaching footsteps.

"When they call the OCC diamond 'The house that Alto built,' his dad did that for Little League baseball in Mount Prospect," Batinich said. "And if you look up, I'm sure you're going to be able to find plenty of people that his dad coached and mentored.