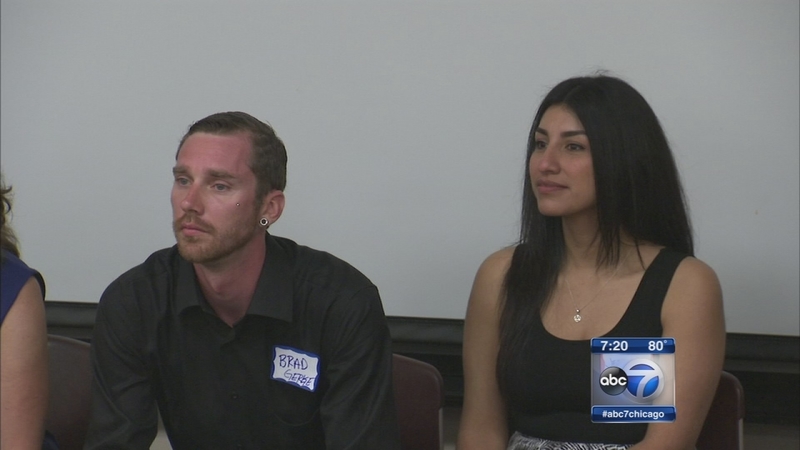 NAPERVILLE, Ill. (WLS) -- A series of videos was introduced Tuesday in west suburban Naperville to help parents spot warning signs or help their child deal with a heroin addiction.

John Kacena was a clean-cut good looking kid, not most people's stereotype of a heroin addict. But four years ago, Caroline Kacena learned too late.

Kacena says her son overdosed after shooting up in his bedroom.

Brad Gerke and Jessica Alvarez say they were lucky. They are recovering heroin addicts and they are sharing their stories with others in the Naperville community, hoping to save lives before it's too late.

"I introduced the drug to about eight of my friends in high school and six of those guys are dead," Gerke said.

Gerke and other speakers say prescription painkillers found in the medicine cabinet often lead to heroin addiction, even in white-collar communities like Naperville.

"There is no Naperville bubble. The problems of heroin and other drugs have permeated our schools," said Idalynn Wenhold, of Kids Matter.

Experts say the signs of a heroin addict are often very difficult for parents to identify until it's far advanced.

They encourage parents to make sure they know who their kids' friends are and what's on their phones.

Naperville police said they realize that simply arresting people will not solve the problem, and they need to bring in experts on addiction to help people - which is why they're hosting these meetings.