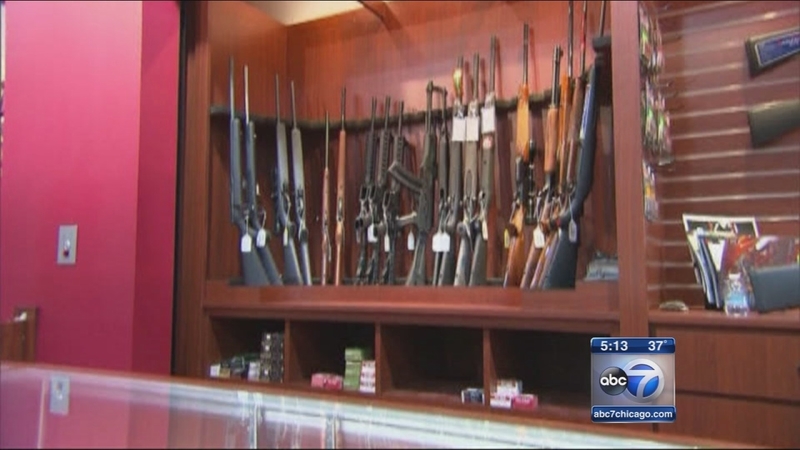 WASHINGTON (WLS) -- The U.S. Supreme Court gave Illinois gun control advocates a victory Monday when they announced they will not consider a legal challenge to an assault weapons ban in Highland Park. The ban was implemented more than two years ago.

"I think it's a first step to getting people to look at the issue different," says Highland Park Police Chief Paul Shafer.

Highland Park's ban covers certain military-style assault weapons, including semi-automatic rifles like those carried by the shooters in San Bernardino, as well as large-capacity magazines.

"Looking in the rear-view mirror, seeing Sandy Hook only six months beforehand, this was our opportunity to try to take steps to mitigate something happening before it occurred," says Highland Park Mayor Nancy Rotering, explaining the law.

The court's decisions has national repercussions as well. By not hearing the appeal, the court is essentially upholding similar bans in place elsewhere. The court, though, left in place a lower court ruling that found that local governments have leeway in deciding how to regulate firearms. The federal appeals court in Chicago had upheld the ban.

The Illinois State Rife Association, which brought the suit in conjunction with a Highland Park pediatrician, said Monday they believe the ban unfairly targets what they call common use weapons, like the popular AR-15.

"There are over 5 million AR-15s out there today," said Richard Pearson, executive director of the ISRA. "People use them for sport, for target shooting, for self-defense. They're almost never used in crimes. There is no reason to ban these types of firearms."

Even though lower courts have mainly upheld gun restrictions, the Highland Park case arises out of a decision by the federal appeals court in Chicago that struck down the only statewide ban on carrying concealed weapons, in Illinois.

In 2013, when state lawmakers reacted to the court ruling by making it legal to carry a gun, they gave cities around the state 10 days to come up with local restrictions on assault weapons, or forfeit their right to do so.

Highland Park was one of fewer than 20 municipalities, all in the Chicago area, to enact regulations or bans, according to the rifle association.

The city's assault weapons ban was upheld by the appeals court in a 2-1 decision.

Judge Frank Easterbrook wrote for the court that there is a "substantial benefit" to the Highland Park ordinance if it makes the public feel less at risk from a mass shooting. Variations of the Bushmaster AR-15, one of the guns specifically banned by Highland Park, were used in the Newtown, Connecticut school massacre and the theater shootings in Aurora, Colorado.

The gun control laws that the appeals court in New York upheld in October were passed after the 2012 massacre in Newtown.

Seven states and the District of Columbia have enacted laws banning assault weapons. The others are California, Hawaii, Maryland, Massachusetts and New Jersey, according to the Law Center to Prevent Gun Violence. In addition, Minnesota and Virginia regulate assault weapons, the center said.

The Illinois State Rifle association says it will continue to fight restrictions on assault weapons through further litigation, specifically, Wilson vs. Cook County which is currently pending before the Illinois Supreme Court.