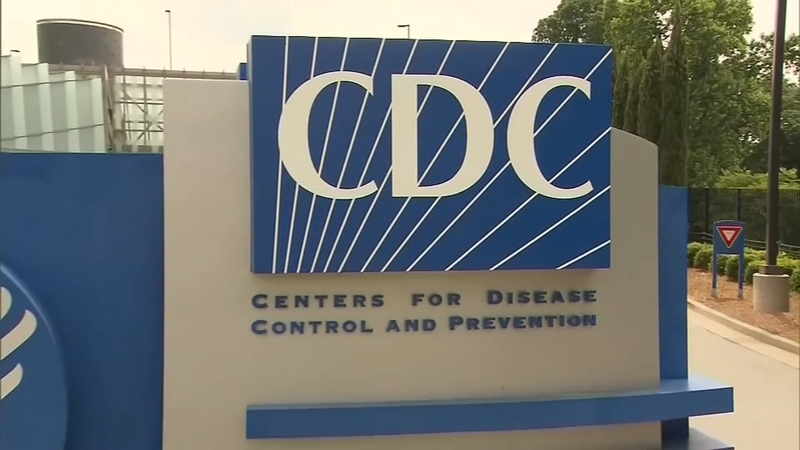 The report found from 2010 to 2019, the number of new HIV infections remained relatively stable among Black gay and bisexual men going from 9,000 to 8,900.

For Hispanic/Latino gay and bisexual men, infections increased from 6,800 to 7,900.

"We are not having a meaningful discussion about HIV-related stigma and discrimination and criminalization, it doesn't matter how many biomedical interventions we have," said Timothy Jackson, the director of government relations for AIDS Foundation Chicago.

Jackson said he's been living with HIV for more than 10 years.

"I immediately thought my life was over, to be completely honest with you," he said. "There was a lot of self-loathing and of course depression, anxiety set in."

The CDC report also included data on PrEP use among gay and bisexual men.

PrEP, which stands for pre-exposure prophylaxis, is a medicine people take to prevent getting HIV.

The most recent data on PrEP use among gay and bisexual men from 2017 showed that just 27% of Black and 31% of Hispanic/Latino men were using PrEP, compared with 42% of white men, according to the report.

The PrEP use data were collected from gay and bisexual men in 23 cities, where more than half of all people with HIV in large urban areas reside.

Howard Brown Health is working to change that.

"We in the healthcare industry have to speak the language of the communities are focusing on. It is not a one size fits all," said Dr. Maya Green, chief medical officer for Howard Brown Health.

"Providing more direct funding, looking at us, by us meaning community led organizations as the solution and not just part of the solution," he said.

CBGMC plans to host a discussion on HIV and Health Disparities in Black Chicago in December.

According to the Chicago Department of Public Health, in 2019 non-Hispanic Black people, accounted for 56% of all new HIV infections in Chicago.

Hispanics accounted for 23.2% of all new HIV infections in the city.

Dr. Green said the medical community has to address the stigma of HIV in communities of color to bring the infection rates down.

"When it comes to HIV people focused on the virus and there is something more virulent than HIV could ever be and that's the stigma," she said.