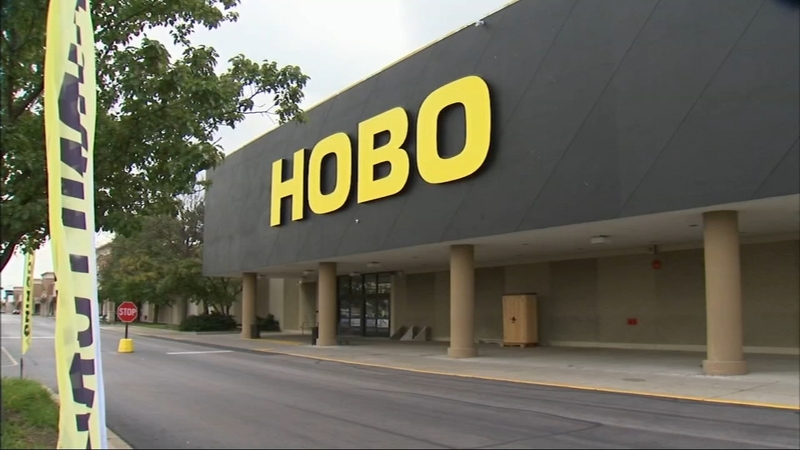 HOBO stores may shutter by year's end due to financial problems

Last week the Waukegan-based company gave notice that the Home Owners Bargain Outlet, or HOBO, would be forced to shutter because of financial trouble if it couldn't find a buyer by the end of the year.

A woman who did not wish to be identified told ABC7 Eyewitness News she's stuck with $6,000 worth of damaged cabinets while the store's future remains in limbo.

"I was completely unaware of the situation, what's going on prior to the purchase. I'm sure a lot of people were," she said. "Now I'm kind of caught up in everything that's happening."

The woman bought the cabinets in August and said they were delivered to her house damaged six weeks later. She said the company intended to return to repair the damage, but she hasn't been able to get them to do so.

"At this point I know they're telling us that the manufacturers are not wanting to do business with them because of all the money that they owe them," she said.

The woman said HOBO is now telling her to dispute the charge for the cabinets with her credit card company.

HOBO could not be reached for comment on this situation.

After just 18 months of welcoming shoppers, home improvement retailer HOBO may be closing its doors for good.

HOBO has been around since the early 1990s and operates five stores in the Chicago area plus two in Milwaukee. The retailer's closing could have a big impact on the communities its stores are in. Melody Winston is the director of real estate, operations and constructions at Forest Park Plaza, where one of the HOBO stores is located.

"They've got a loyal customer base which makes a big difference here at Forest Park Plaza," she said.

"I usually come about two to three times a month because they always have good sales, so I'm really surprised," said Nancy Grayson, a regular HOBO shopper.

Officials at the minority-owned shopping center said they hoped the company's owners would keep the store open through the holidays.

Employees received notice that they could be terminated as early as Dec. 20. HOBO first took up residence at the mall in March 2017 after signing a 10-year lease. There's now concern that HOBO's closure could translate to anywhere from $70,000 to $100,000 in lost sales tax revenue for the small suburb, which could eventually lead to cuts in city services.

State representative LaShawn Ford said he'd like to meet with owners to see if the state could help them with their financial troubles through empowerment funds from the federal government, if they're in fact eligible.

HOBO seemed to have a steady stream of business Wednesday afternoon, with customers like Angelo Debartolo remaining hopeful that the store would remain open.