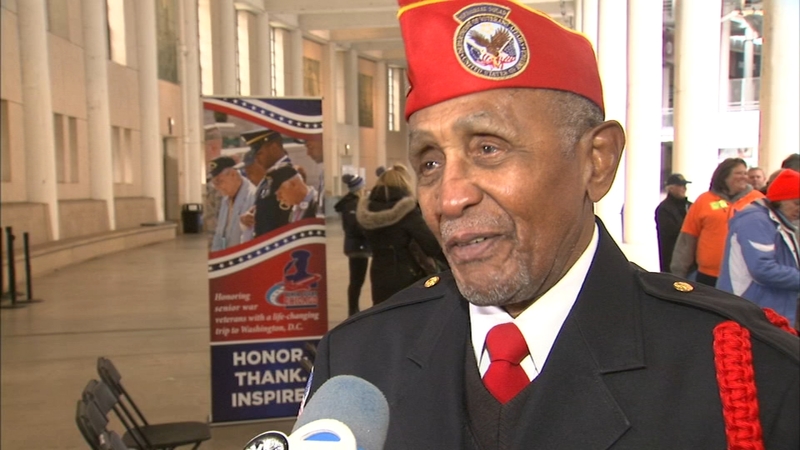 Vietnam War veterans will be invited to join "honor flights" to Washington, D.C., in 2019 and be recognized for their service, Honor Flight Chicago announced on Wednesday.

The veterans will join those from World War II and Korean War, who have traveled free to nation's capital to visit memorials built in their honor. The first flight for Vietnam veterans is scheduled for April, and flights will run through September.

Vietnam War veteran Clifford Lauderdale hopes to join one of the flights.

"Just to go with a bunch of veterans, that's a big thing for me. I love it," Lauderdale said. "I have heard so much about it from the World War II and the Korean guys who have already been on the flight. I can't wait to get there from what I have heard."

Honor Flight Chicago officials made the announcement at Soldier Field, along with several Vietnam veterans who arrived via motorcycle motorcade. Secretary of State Jesse White, who served as a paratrooper with the Army's 101st Airborne Division during Vietnam, also spoke.

About 1,350 Vietnam veterans have already filed applications with Honor Flight Chicago in anticipation of this day.

Honor Flight Chicago has flown more than 8,000 World War II and Korean War veterans free-of-charge over the past 11 years.

An Honor Flight can be a quick trip with a lasting, emotional impact.

"It's a very interesting short day. As one veteran said, 'I arrived at the airport as a sleepy old Navy veteran and I returned home last night as an America hero,'" recalled Mary Pettinato, CEO and co-founder of Honor Flight Chicago.

About 107,500 Vietnam-era veterans live in the Chicago area, according to the National Department of Veteran Affairs.

The Vietnam War was the longest war in U.S. history until the Afghanistan War, with active military combat lasting almost 20 years. More than 1.5 million military personnel and an estimated 2 million civilians were killed in the war. The United States suffered over 47,000 killed in action plus another 11,000 noncombat deaths; more than 150,000 were wounded and 10,000 missing, according to Honor Flight Chicago.