All-women honor flight: Female veterans to be highlighted on trip to Washington DC 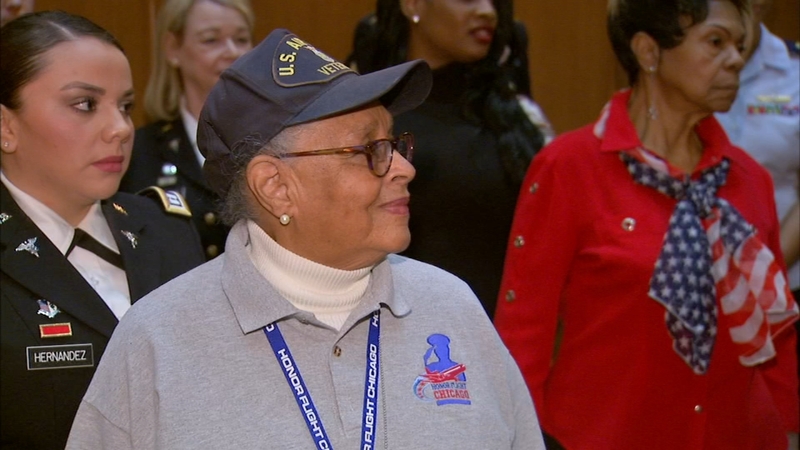 CHICAGO (WLS) -- They've been serving in the military for centuries with little recognition - until now.

Operation Herstory is the work of a collaborative coalition of veterans groups hoping to highlight their often-forgotten contributions with an all-women veterans honor flight.

"We think we have a great opportunity with this coalition to tell her story," said John Ptak, president of Honor Flight Chicago.

The landmark flight is slated to take off on October 7 from Chicago with 100 female veterans to the nation's capital to visit the national war memorials built in their honor.

But anyone who has been on one of these honor flights says it's less about the places you go and more about the people you meet.

Army veteran Dr. Constance Edwards was a nurse during the Vietnam War and is one of the 40 senior veterans already signed up to go.

"I feel honored because, basically, coming from Vietnam we were not honored," Dr. Edwards said. "We were more dishonored than anything else."

Any woman veteran who served on active duty in any branch of the military during World War II, the Korean War, the Vietnam War or between 1940 and 1975 is eligible. Organizers say currently some 7,500 once-active duty women veterans live in Illinois.

"I am so touched by the women here," said Brigadier General Patricia Wallace. "I believe I am here today because of all the things they have done."