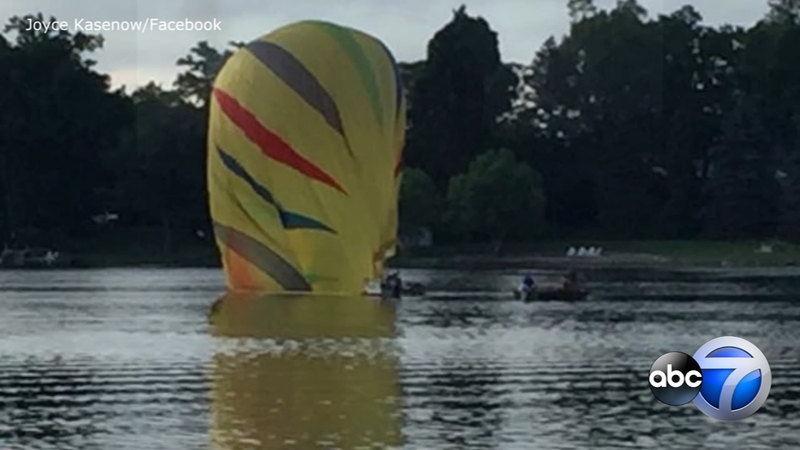 HOWELL, Mich. (WLS) -- Witnesses captured horrifying moments as a hot air balloon crash-landed in a Michigan lake during a festival.

The balloon carrying one man struck power lines over Thompson Lake in Howell just after 8 a.m. Sunday, according to ABC affiliate WXYZ.

A local fisherman, Dave Park, was admiring the Michigan Challenge Balloonfest's flyover when he saw a balloon hit the wires, sparking an explosion and fire.

After calling 911, Park and another boater rescued the pilot and brought him to shore, where rescue crews were waiting.

"To be honest with you, I thanked the pilot for being alive because I thought when we got over there it wasn't going to turn out so well but it did," Park told WXYZ.