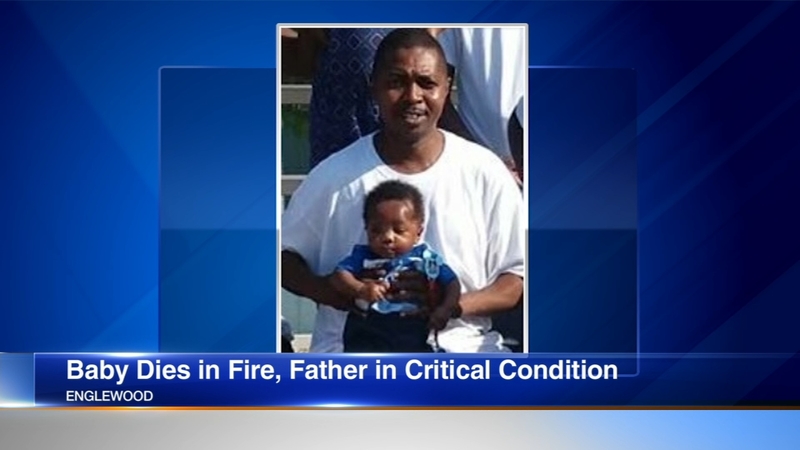 CHICAGO (WLS) -- An autopsy preformed on the 7-month-old baby boy who was killed in a South Side house fire early Sunday did not rule on his cause or manner of death pending investigation, officials reported Monday.

The fire that killed the boy broke out just one day after his parents got married.

The baby's father was in critical condition Sunday evening for injuries sustained in the fire. The Chicago Sun-Times reported he had a tourniquet applied to his arm.

The boy's mother and six other children - ages 1 to 17 -- also escaped from the home.

When firefighters arrived, the first floor of the house engulfed in flames. Fire officials say the fire was accidental and started from a stove.
Samuel Estes sustained cuts, bruises and burns after jumping out of a second-floor window to escape the flames.

"We need help. We need more than just prayer. Whatever you all can do to help we would really appreciate it," said relative Cynthia Taylor.