A medical professional was shot to death by a gunman in the Medical Center, police say.

HOUSTON, Texas -- As police comb the area near the Texas Medical Center for a murder suspect, one of the district's prominent hospitals identified the victim killed Friday by a gunman on a bike as a prominent cardiologist.

Cardiologist Dr. Mark Hausknecht was shot and killed while riding his bicycle to work in the mid-morning hours, Houston Methodist confirmed in a statement.

"Mark was a leader in the Houston Cardiovascular Associates and specialized in cardiovascular disease," said Houston Methodist, which added that Hausknecht was part of the DeBakey Heart & Vascular Center.

The rest of the statement read:

He received his medical degree from Baylor College of Medicine and completed his residency and fellowship at The Johns Hopkins Hospital. He is a longtime Houston Methodist-affiliated physician and has been in practice for almost four decades.His patients appreciated his kind bedside manner and the extra time he took to answer their questions and fully explain their condition and treatment. We will all miss seeing Mark in the hallways and seeing patients in the cath lab and CCU, where he was known as a compassionate physician with a phenomenal bed side manner. Our employees who worked with him said patients were so proud to call him their doctor.Not only was he revered by his patients but Mark was highly regarded among his peers and colleagues. He was recently recognized as a Super Doctor, a listing of outstanding doctors who have attained a high degree of peer recognition or professional achievement.We wish Mark's family and friends peace and prayers as they cope with their loss.

Hausknecht was the victim of the shooting on South Main near Holcombe around 8:50 a.m. Police say that the suspect on a bicycle fatally shot the doctor and then fled the scene.

The Houston Police Department is currently searching the area for the suspect.

"Mark was a fantastic cardiologist and a good man," Bush 41 said. "I will always be grateful for his exceptional, compassionate care. His family is in our prayers." 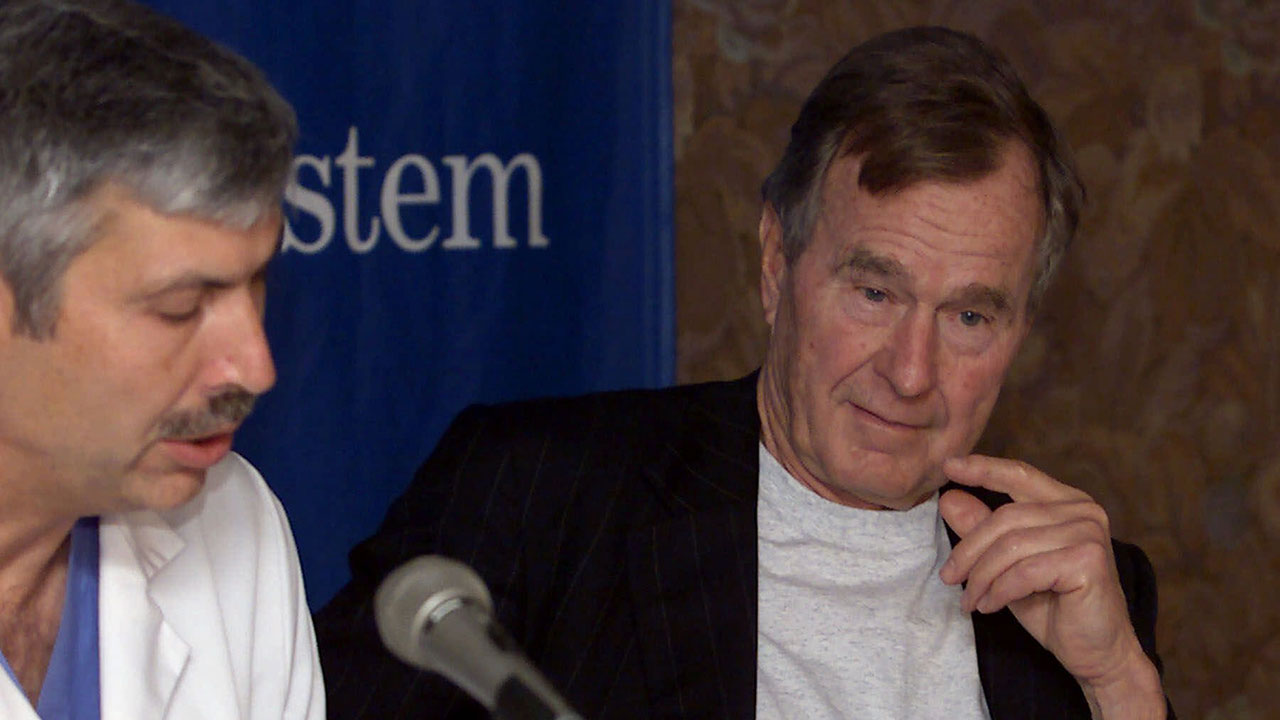 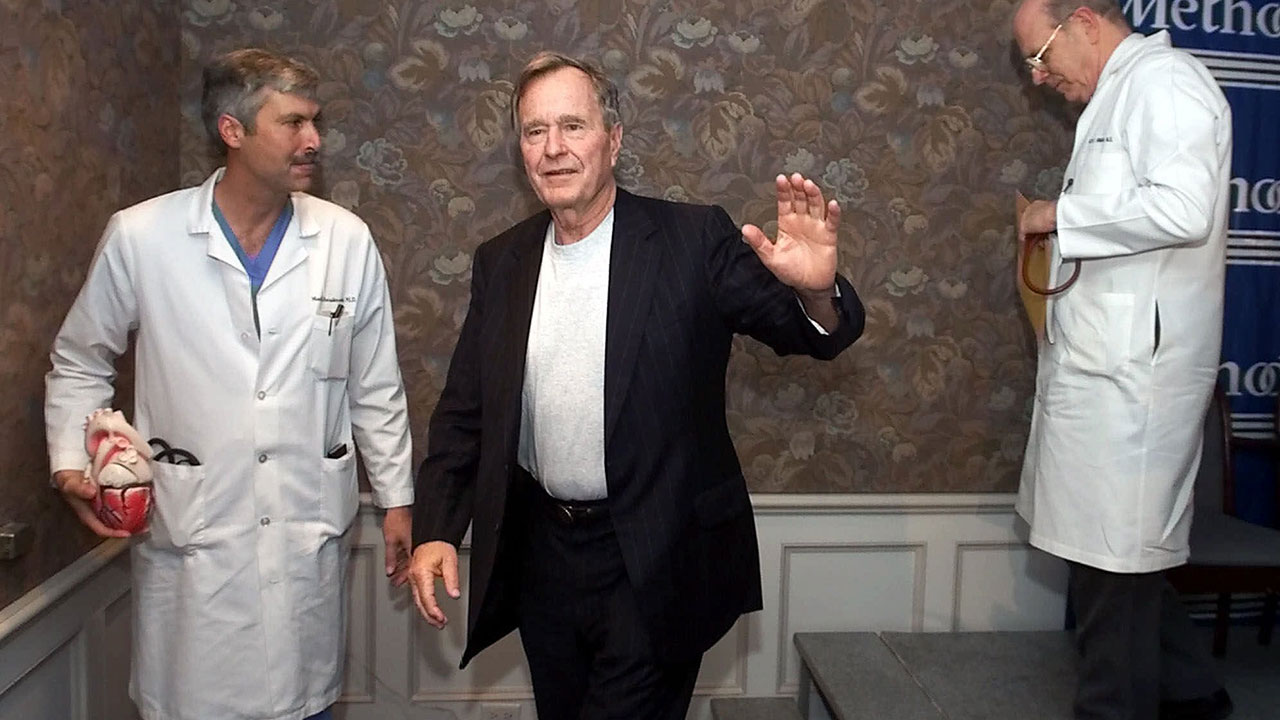 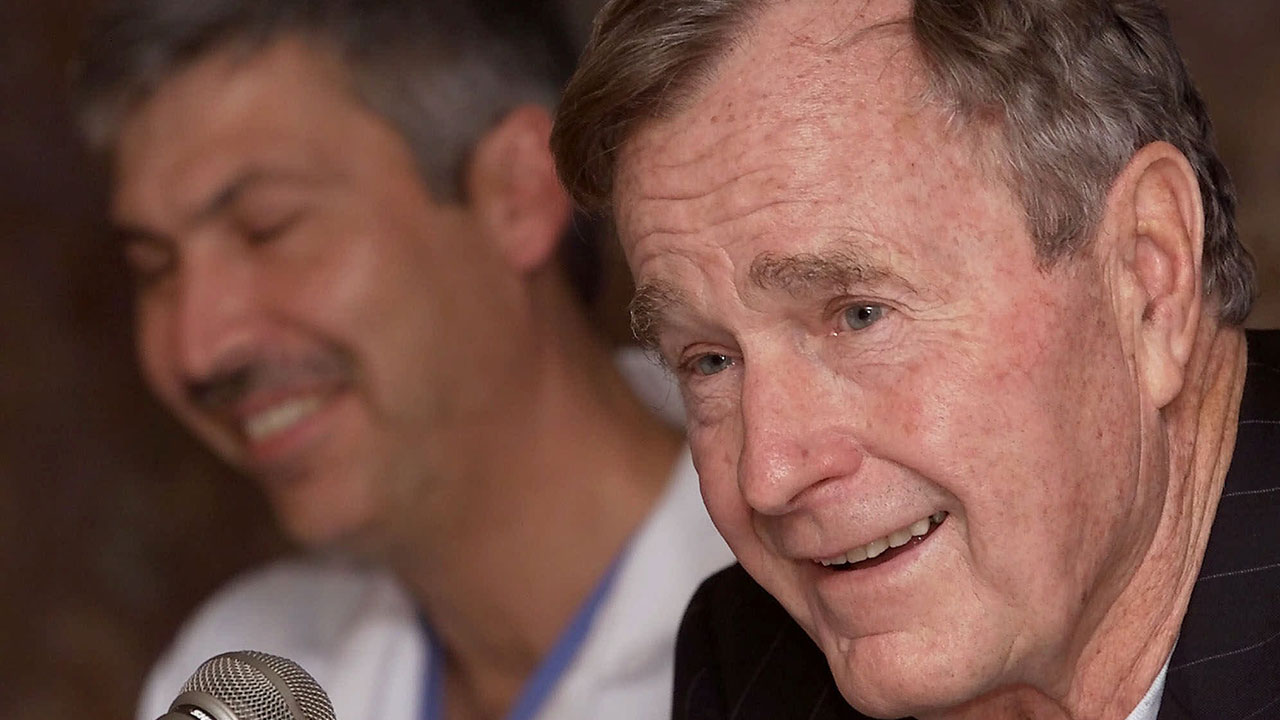