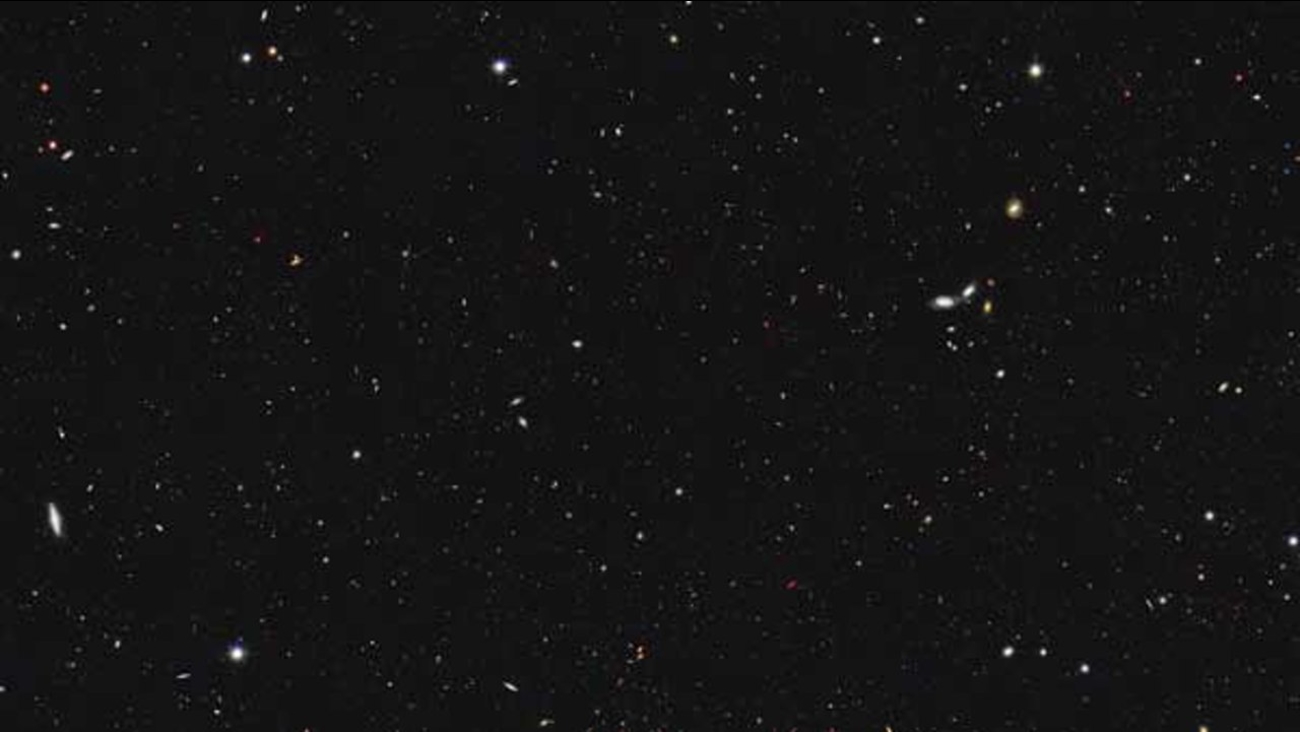 This image shows a portion of the southern field of the Great Observatories Origins Deep Survey to recalculate the total number of galaxies in the observable universe. (NASA, ESA/Hubble via AP)

CAPE CANAVERAL, Fla. -- Turns out we were wrong; there aren't 200 billion galaxies in the universe.

That's the latest from NASA, which announced Thursday the number of galaxies in our observable universe is 10 times higher than previously projected.

This revelation was possible, thanks to that font of discovery -- the Hubble Space Telescope.

Astronomers have been trying to figure out the number of galaxies for decades.

Recently, however, a team led by Christopher Conselice at the University of Nottingham in the U.K. decided to take another crack at it.

It concluded that one point long, long, long ago, many of the galaxies were packed together. Some were tiny and faint and were swallowed by larger galaxies. As this happened, the population density of galaxies in space dwindled.

The team looked at old Hubble photos and newer images. Then, it used new mathematical models and inferred how many galaxies are out there that can't been by current telescopes.

Its conclusion? More than 90 percent of the galaxies can't be seen by even our most powerful telescopes because they are too faint or too far away.

"It boggles the mind that over 90 percent of the galaxies in the universe have yet to be studied," Conselice said.

There's good news: There's a bigger, badder telescope in the works. The James Webb Space Telescope will be able to peer back to the dawn of time. It should be ready by the end of the year.