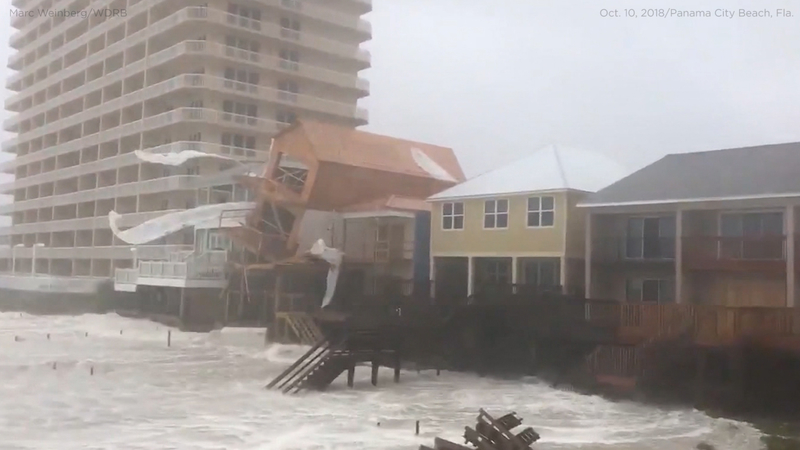 Hurricane Michael came ashore as one of the most powerful storms in the country's history, leaving behind a path of destruction as it moves into the Carolinas on Thursday.

RELATED: Hurricane Michael by the numbers

Michael, which made landfall in the Florida Panhandle on Wednesday as a Category 4, is now a tropical storm. It has left more than 900,000 customers without power across the Southeast.


Sally Crown rode out Michael on the Panhandle thinking at first that the worst damage was the many trees downed in her yard. But after the storm passed, she emerged to check on the cafe she manages and discovered a scene of breathtaking destruction.

"It's absolutely horrendous. Catastrophic," Crown said. "There's flooding. Boats on the highway. A house on the highway. Houses that have been there forever are just shattered."

The storm was expected to move across North Carolina and Virginia and push into the Atlantic Ocean by late Thursday or early Friday.

Watch videos from the historic storm in the player above.